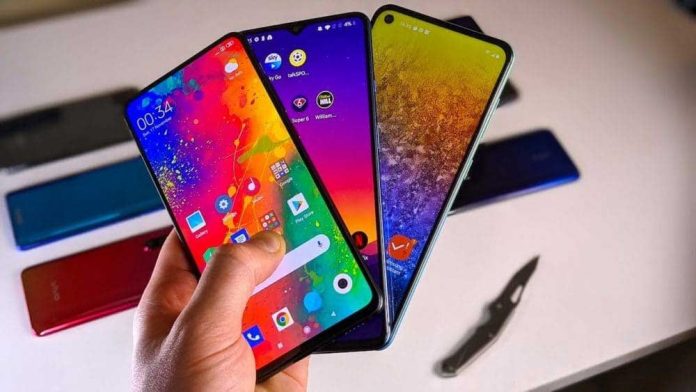 Despite the efforts made by the government to promote locally produced mobile phones in Pakistan and curtail their imports, the inward shipments of handsets recorded a significant jump in November 2021. According to the Pakistan Bureau of Statistics (PBS), Pakistan imported mobile phones worth $212 million in November 2021, reflecting an increase of 28% on a year-on-year basis and 41.6% on a month-on-month basis.

Data revealed that the cumulative mobile phone imports during the first five months (July-November) of the current fiscal year 2021-22 reached $857 million against $724 million in the same period of last year, an increase of 18.3%.

Speaking to Media, Tecno Pack Electronics CEO Aamir Allawala pointed out that currently almost 70% of inward shipments of cellular phones had moved from completely built up (CBU) units to completely knocked down (CKD) and semi-knocked down (SKD) units.

Another 20% would move to SKD/CKD by January 2022, as renowned global smartphone companies were expected to kick-start production in Pakistan early next year, he said.

Guessing the reason behind the sharp increase in mobile phone imports, ICT expert Parvez Iftikhar said that Pakistanis could be buying and importing a higher number of smartphones these days because local manufacturers were mainly producing 2G phones.

An official of the Ministry of Commerce said that the spike in mobile phone imports came on the back of increase in orders for luxury phones, ie flagship models of renowned brands.

“Such phones are usually priced over $1,000 and Pakistan is manufacturing or assembling phones of mid or low price ranges,” he said. From January to October 2021, the production of mobile phones in Pakistan stood at a substantial 18.87 million units. During this period, imports of cellular phones came in at 9.45 million.

“The ‘Make in Pakistan’ policy is yielding excellent results and we look forward to sustainable growth in the long run,” Adviser to Prime Minister on Commerce Abdul Razak Dawood stated in a tweet last month.

SI Global CEO Noman Ahmed told that the surge in imports was witnessed due to several reasons, but the increase in mobile phone users was the most prominent factor. He elaborated that the import of SKD units increased approximately 87% in November while shipments of CBU units spiked 81%.

Another reason was that the local manufacturers were gearing up to reach 100% capacity and they might still be importing most of the equipment required to assemble mobile phones, he said.

According to him, the measure is having a profound impact on the telecommunication ecosystem in Pakistan. Several initiatives have been taken by the Ministry of Information Technology and the Board of Investment to support the local industry.

“There is a wide gap in taxes applicable to locally manufactured and imported phones. Besides, announcement of 5% subsidy is also expected in the near future,” he added.

“The Special Technology Zones, being set up in Pakistan, will give an edge to the local mobile manufacturers.”

Due to these incentives, global smartphone giants are entering Pakistan and the country is expected to see locally assembled smartphones by the end of this month, he hoped.He detailed that cellular phone companies from China and rest of the world were establishing their facilities in Faisalabad.

“When these manufacturers will produce at full capacity in near future, they will gain a competitive edge,” he projected. “They will also open doors to new opportunities for Pakistan by exporting their merchandise.”

In addition, a modest number of jobs will be created and foreign direct investment (FDI) will surge.Furthermore, he noted that Mobile Device Manufacturing Authorisation had been granted to 19 companies.