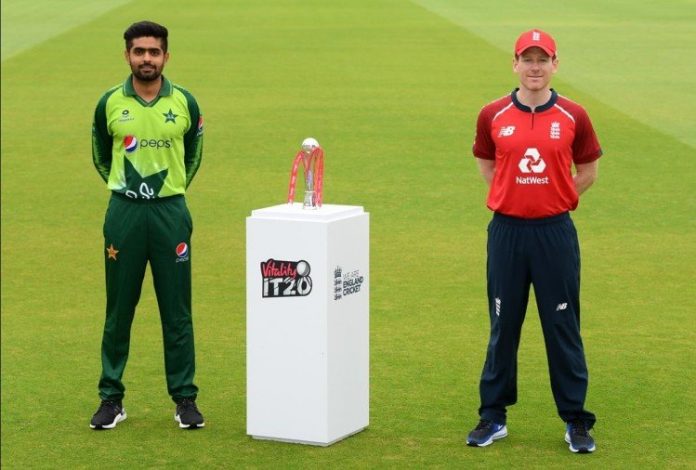 Pakistan have to fight back to take the T20I series from England when both teams meet tonight at Old Trafford, Manchester to play the third and final match.

Both teams have won one match each – Pakistan by 31 runs in the first match at Nottingham on Friday and England by 45 runs in the second at Leeds on Sunday.

Pakistan still has a chance to win the T20I series and take revenge from England after going through a humiliating clean sweep in the three-match ODI series.

Pakistan have always been ahead of other countries in this shortest format of cricket by playing the most T20Is and winning the most number of matches. They have played 172 T20I matches so far, while no other country has played even 150 matches.

Similarly, Pakistan is the only country in the world to record one hundred or more victories as they have won 105 games so far in this format.

Unfortunately, they do not have an impressive record against England in T20 International cricket as they have won only six matches out of 12 against England, with one match tied and one with no result.

Despite having a batting powerhouse, consisting of young and energetic players along with experienced allrounder Mohammad Hafeez, Pakistan depend only on their skipper Babar Azam and Mohammad Rizwan. Both batsmen are displaying good form.

Pakistan also have a battery of fast bowlers Shaheen Shah Afridi, Mohammad Hasnain and Haris Rauf and the services of good spinners Shadab Khan and Usman Qadir, but they have not been lucky enough to bowl to give a tough time to the opponents. Now, both teams are facing each other in their 21st mutual Twenty20 International tonight and it will be an interesting encounter.

EBM Champions Inclusivity as the Official Sponsors for the 5th SOP...