Lahore (Nut Desk) The Orange Line Metro Train Lahore celebrated its second anniversary during a special ceremony held at the main depot of Orange Line Metro Train project at Dera Gujran in Lahore. The ceremony was graced by the presence of the Chinese Consul General to Pakistan in addition to officials from the Chinese consulate, as well as, Government functionaries and other notable guests. Orange Line employees also joined the celebrations, who were also given special awards based on their outstanding performance during the year. A special cake cutting ceremony was also arranged at the end of the event to make it more special for everyone. 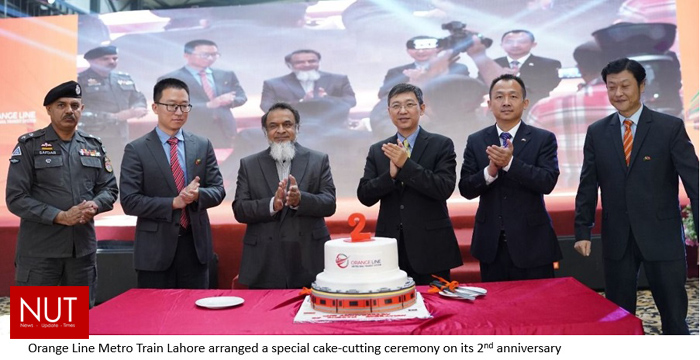