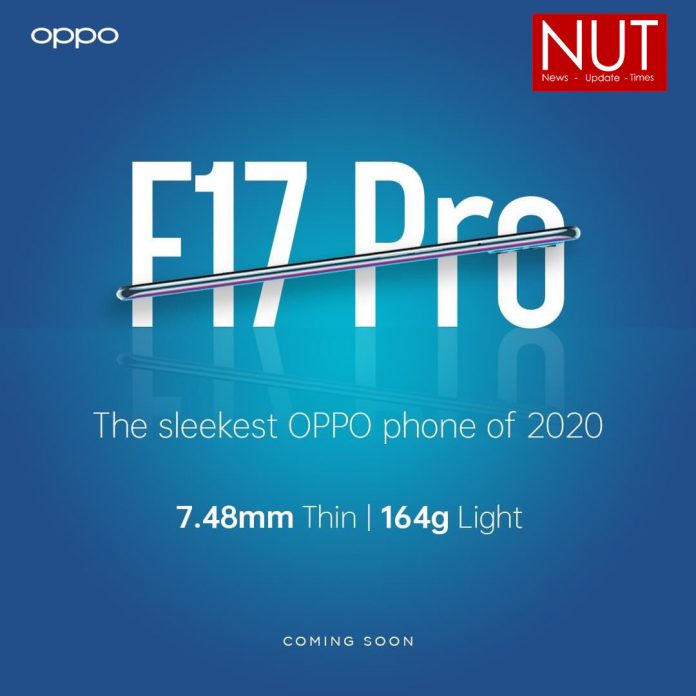 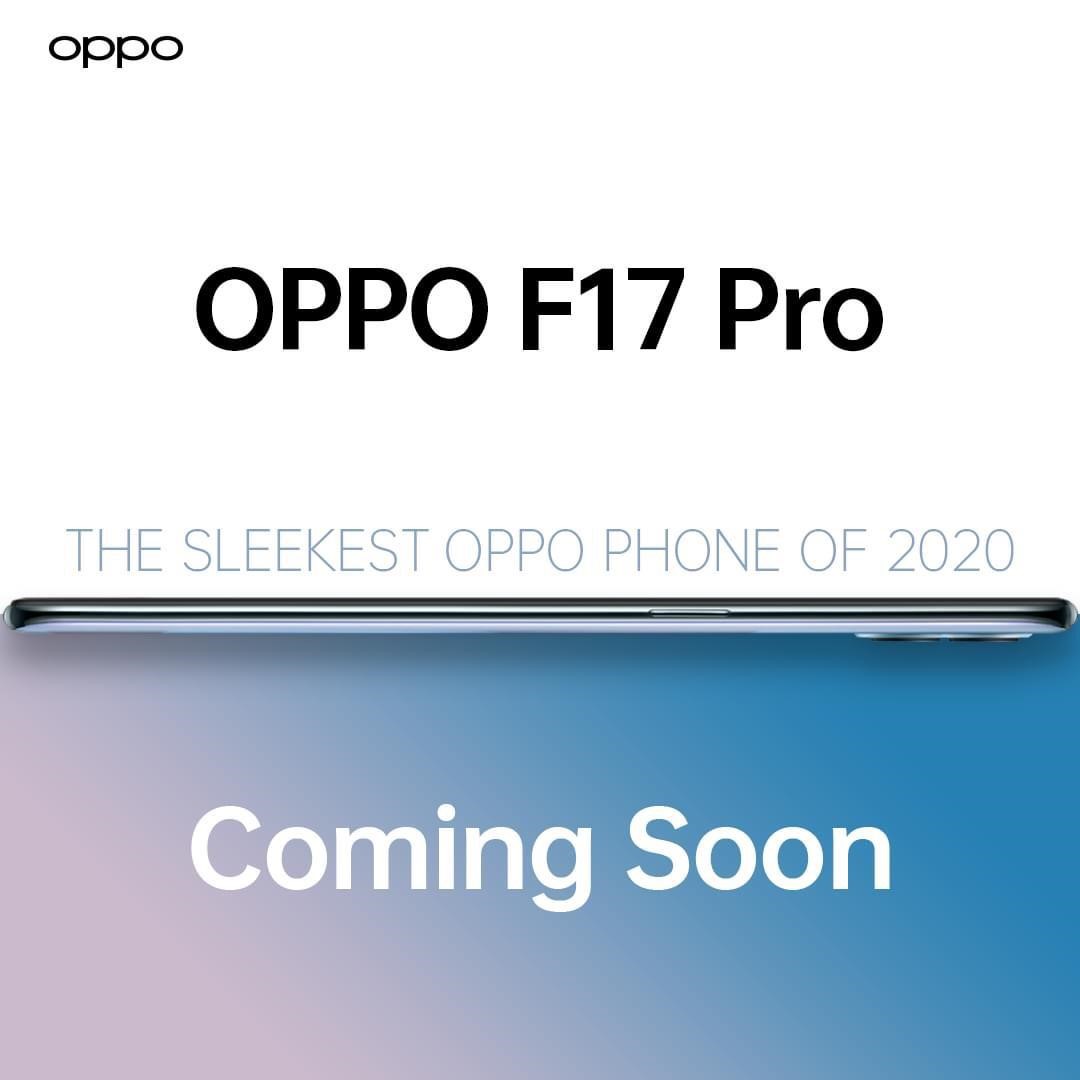 Lahore (Muhammad Yasir) OPPO, the smartphone brand, is all set to launch its OPPO F17 Pro in Pakistan on 12th October 2020 in an online event, which will be live-streamed on OPPO’s official social media pages at 8 PM.

Following the successful launch of the OPPO F15 series a few months back, OPPO will be bringing the OPPO F17 Pro to the Pakistani market, with some features tailored to meet the needs of the local consumers in the country. The OPPO F15 received great acclaim from the youth for its super-fast and trendy features and the news series is set to win hearts all over again. OPPO F17 Pro will be bringing cutting-edge AI portrait photography features packed in a premium design allowing users to flaunt their life seamlessly.

With ColorOS 7.2, the new smartphone is expected to be the sleekest phone launched by OPPO with 7.48mm Ultra-Sleek and 164g Ultra-Lightweight body. To achieve the finest smartphone outlook, OPPO F17 pro uses an industry-leading design to fit and optimize the mainboard, battery, and other features into a sleek design. With its 6 AI cameras embedded within the F17 Pro, the smartphone will empower users to easily flaunt beautiful selfie portraits. Its innovative imaging will allow users to capture fashionable urban street style photos or travel photos from a new perspective by making portraits pop with colour. Being a flash charge leader, the OPPO F17 Pro is predicted to have 30W VOOC Flash Charge 4.0 technology. With only a five-minute charge, users will be able to get four hours of talk time.

The smartphone is expected to be available in 3 colours, Magic Blue and Matte Black.

While the brand is setting the front for what is yet to come, stay tuned for more amazing OPPO F17 Pro features that will be revealed at the official online launch on 12th October 2020. 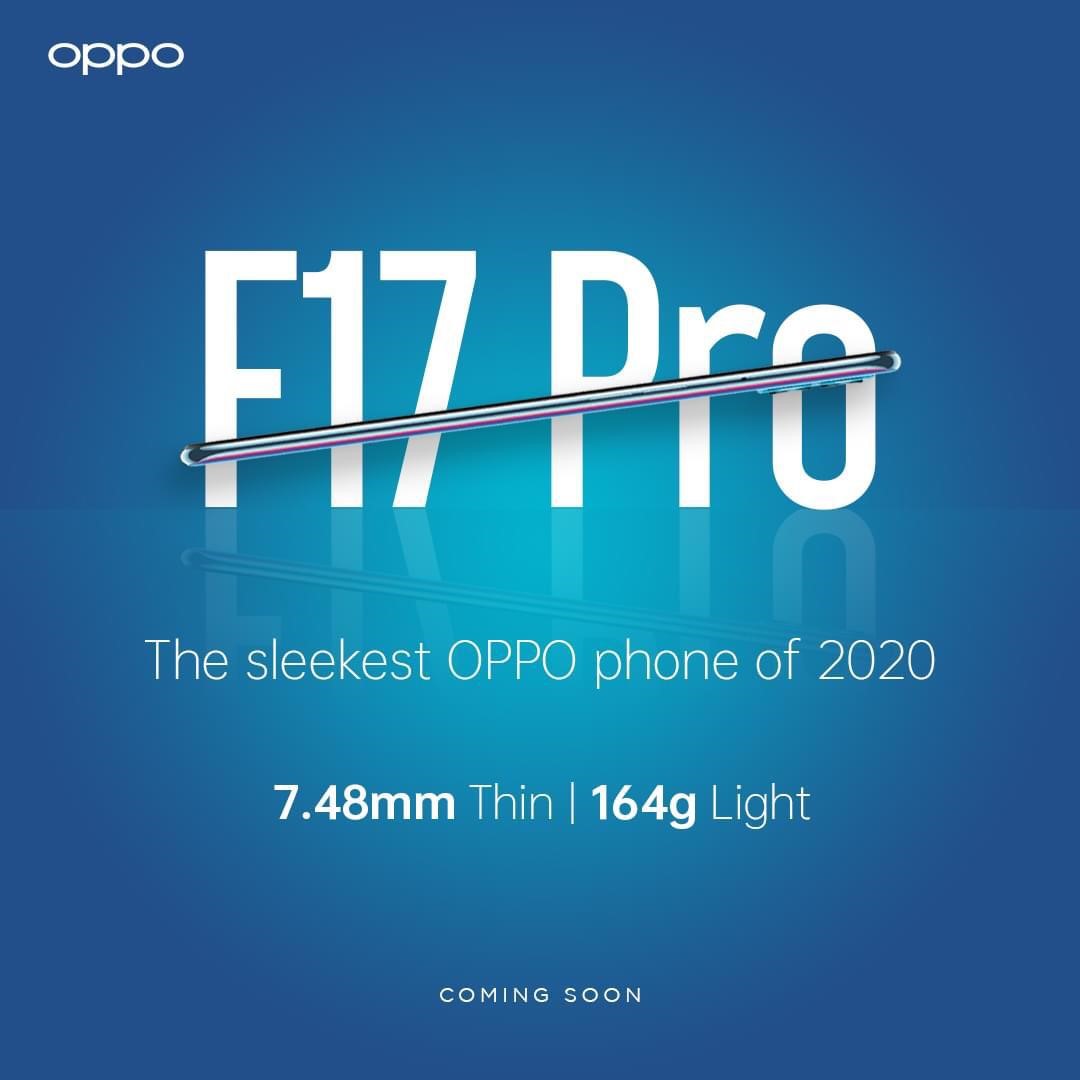