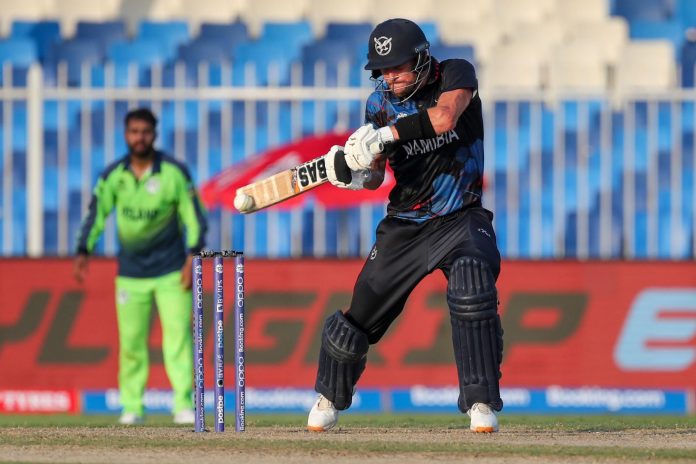 Following Pakistani cricketer Kamran Akmal’s decision to leave the Pakistan Super League (PSL), Namibian skipper Gerhard Simpson has shown interest to play in the tournament, that too for “free” if need be.

The second-highest run-scorer Kamran Akmal was selected in the ‘Silver’ category during the PSL draft by his previous team, Peshawar Zalmi. However, he refused to play after being selected as the last option and considered this action as “humiliation.”

Replying to a tweet shared by ESPNcricinfo, the Namibian player wrote: “Pick me. I’ll be there for free.” 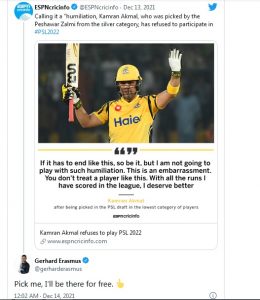 In a conversation on his YouTube channel “Catch and bat with Kamran Akmal”, the cricketer had said: “Perhaps the team has no use for me anymore.”

Akmal went on to say that PSL would do better to give a chance to younger players “rather than pick me in the Silver category”.

The wicketkeeper-batsman had said that when his category changed from Platinum to Gold last time, he was taken aback.

He had said he believes he is deserving of the Gold category based on his performance “but they picked me in the Silver category”.

“I do not think I should play in the seventh edition of the PSL,” Akmal had said.