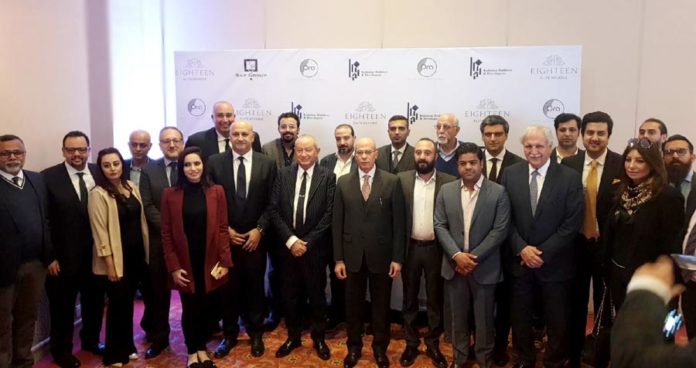 Islamabad (Muhammad Yasir) Mr. Naguib Sawiris, Chairman of Ora Developers, on his two day visit to Pakistan, met with Prime Minister Imran Khan. The meeting was attended by The Minister of Overseas, Zulfi Bukari and the Top Management of Eighteen.

The meeting was themed around the multi-billion dollar investments that Mr. Sawiris has made over the years in Telecom and now in the Real Estate Sector. The multi-billionaire expressed interest in exploring business opportunities in the sectors of mining, tourism and developing a progressive programme for the banking sector through SME banks. The Egyptian investor, expressed his trust in the Pakistani market and shared future expansion plans in the Real Estate Sector.

Prime Minister Imran Khan, appreciated Mr. Naguib’s confidence in Pakistan and reassured the government’s support and facilitation. The Premier further added, that Pakistan is proving to be one of the most attractive countries to invest in, with the country now standing at an improved position in the ranking for “Ease of Doing Business” by the World Bank.

On the occasion, Mr. Sawiris further expressed his interest in providing impetus through investing in the 5 Million Low End Housing Scheme introduced by Mr. Imran Khan. This interest stands particularly aligned with the 2 Billion Dollar investment that Mr. Sawiris made in the real estate sector in 2017. The investment brought to stage a world-class lifestyle destination development, under the brand name of Eighteen.

Eighteen is a 2.7 million sq yard gated community being led by Ora Developers in partnership with the Saif Group and Kohistan Builders and Developers.  Located in the 18th District, to the south-west of downtown Islamabad, it offers the highest quality of design and construction, which will set new standards in accommodation and amenities for Pakistani real estate.

On the following day at the Press Conference Mr. Zulfiqar Bukhari, while welcoming Mr. Sawiris, complimented by saying “Mr. Naguib is a revolutionary businessman. While we are exploring business opportunities in, mining, tourism and banking, we would also want Mr. Naguib’s involvement in making Naya Pakistan and we would want to benefit not only from his investments but also from his experience and vision.

At the conference, Mr. Anwar Saifullah said “I am proud. to have my name associated with Eighteen, as the Co-Chairman, and as business partner of Mr. Naguib Sawiris. We have over a decade of successes lined with this partnership and believe we will only be able to achieve more in the years to come.”

Mr. Naguib Sawiris, Chairman of Ora Developers, commented: “Today we have shown our progress, commitment and delivery against a promise we had meet in early 2018. EIGHTEEN, I believe, is now set to revolutionise real estate projects in Pakistan.  We are creating a city within a city that is redefining the concept of Destination Living in Pakistan. I am very pleased to be involved with the project and have complete trust in the people and market of Pakistan.”

The Press Conference was also graced by H.E. Ahmed Fadel Yacoub, Egyptian Ambassador to Pakistan, who commented “Pakistan and Egypt have a long standing relationship.  As fpr Mr. Sawiris he has connections of love and friendship in Pakistan. As the Ambassador, one of my priorities is to encourage cross investments between the two countries and work towards building an even stronger relationship.” 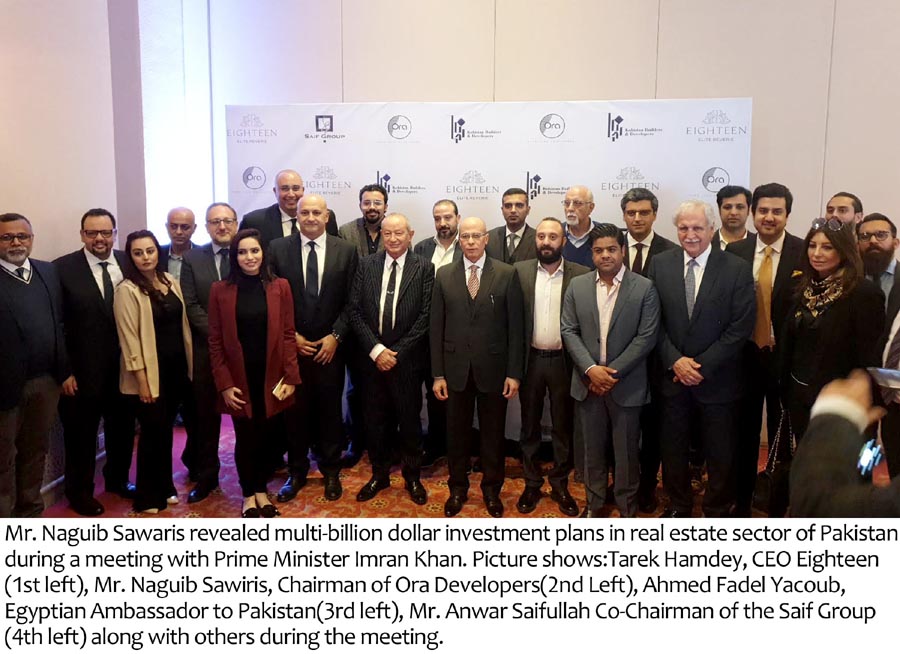