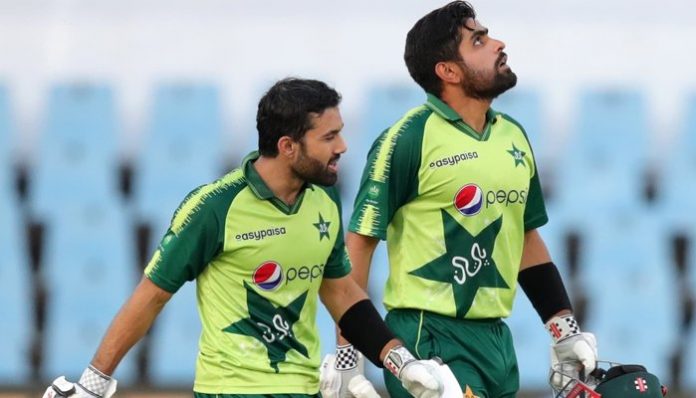 England’s Dawid Malan, who is the top T20I batsman, according to the latest statistics, has 841 rating points and leads Babar by a mere eight points.

Rizwan was able to jump up the table and secure 709 rating points. The wicketkeeper became the eighth Pakistani player to complete 1,000 T20I runs after a bat carrying inning vs Engand at Old Trafford on Tuesday.

India’s Virat Kohli and Lokesh Rahul are also among the top 10 batsmen, with the skipper having 762 rating points and the latter 743 rating points.

Last week, Azam had taken the lead in the ICC Men’s ODI Batting Rankings, surpassing Kohli, after his outstanding performance against England at Edgbaston.

The 26-year-old Pakistan captain — who struck a fine 158 in the final match of the series — was able to gain eight rating points to reach a career-best 873 rating points, 16 more than Kohli, who is in second place.

CircksLab signed an agreement with Kuwait Cricket Association to Digitalize their...