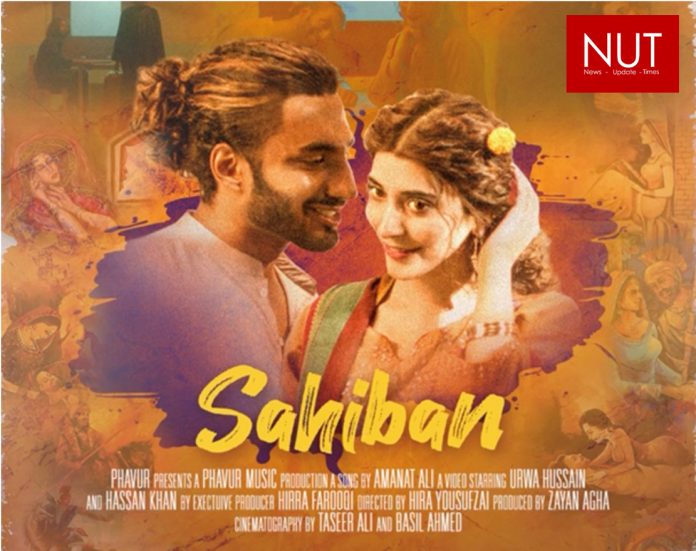 The song sings to the younger generation who want to hear of strong individuals unwaveeringn in their aspirations.  For the first time ever, we see the female lead, Urwa Hocane, as Sahiba basks in the essence of love for Mirza (Hassan Khan) AND more importantly, herself.

Phavur Studios is an up and coming production house based in Houston, Los Angeles, New York City, Toronto, and now investing in content in Pakistan and under-privileged communities around the world to bring untold stories to life. Spearheaded by a strong team of independent filmmakers, Phavur is launching their first project with the power of music through folkware story-telling.

The music video is the first of its kind where we see that old traditional story-telling is being met with empowering values. When two empowering women are the driving force of a story, you can see that reflected on screen and that is definitely the case with Mirza Sahiban. There is no doubt that this catchy song will be a hit, especially since romance is in the air with the wedding season in full swing.

Pakistan is home to many inspiring romantic folk stories that tell the tale of pure love. Punjab is one of the regions within Pakistan that is home to the folk stories of Mirza-Sahiban, Sassi Punnu, Sohni-Mahiwal and more. We’re so excited to see that international platforms like Phavur are focusing on ancient, traditional, and cultural storytelling to capture the essence of story-telling in Pakistan.

The video opens with the beautiful song that plays for the duration as we see glimpses of the blooming of love but by the end, we see why it is important for women to be in full control of their own fate and their are better outcomes for women outside of the ‘damsel in distress’ trope.

The song is sure to be the song of the season and the go-to song for all the romantic souls!

Musician AWS releases his first single of the year ‘DARR’