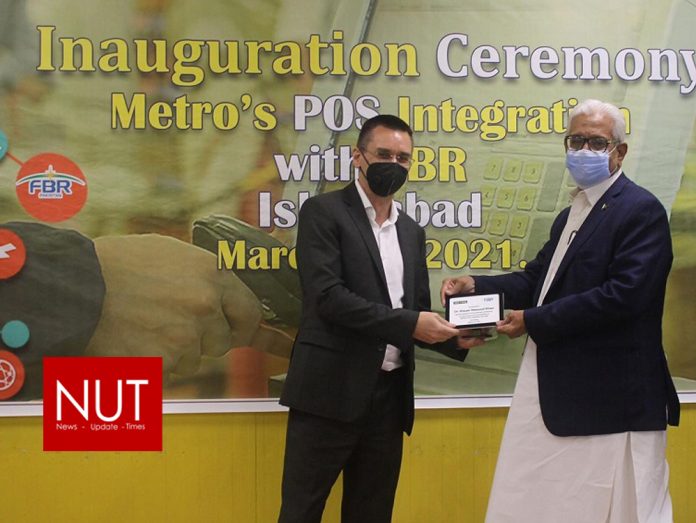 Lahore (Muhammad Yasir) METRO Pakistan in collaboration with the Federal Board of Revenue (FBR), has completed integration of all its Point of Sales (POS) with the latest Electronic Device System (EDS) introduced by the FBR. The state-of-the-art system will allow the small retailers, medium retailers, and large tier-1 retailers to report and record their sales in real-time for taxation purposes and will ensure the sales tax paid by the customers at the POS counter and the GST at the cash counter will be deposited in the system.

The inauguration ceremony for the new system was held at METRO Store Islamabad with a live demonstration. Dr. Waqar Masood Khan, the Special Assistant to Prime Minister on Revenue, was the Chief Guest, whereas Dr. Philipp Deichmann, Deputy Head of Mission, Embassy of Federal Republic of Germany in Pakistan, graced the occasion as the Guest of Honor, along with number of other of distinguished guests from the business community.

Speaking at the ceremony, Mr. Marek Minkiewicz, Managing Director METRO said “METRO Pakistan is a prime example of foreign investment and fully respects the laws of the land, maintains its global high standards for social responsibility, and cooperates with the Government to the extent possible. METRO Pakistan supports and strengthens the documented economy and is an important exchequer collector. It is one of the largest tax collector in shape of Sales Tax and Income Tax in the Wholesale/Retail sector, from its Customers and Suppliers, and depositing the same in Government treasury. On average METRO Pakistan is collecting Rs.8.1billion per annum”.

Elaborating further, Mr. Asim Israr, Director Finance METRO added “After implementation of this integration at all tiers, there would be no hurdles left for the growth of wholesale and retail sector to flourish and also minimize any need for interaction between the taxpayer and tax-departments”. He also thanked the FBR team lead by Director General Retail Mr. Sajidullah Siddique for their guidance, support and cooperation in successful implementation of the project.

Expressing his views at the occasion, the Chief Guest Dr. Waqar Masood Khan Said “I am extremely pleased that METRO and FBR have put in a lot of effort to implement current system and have worked for the betterment of the business and country. I am hopeful that once all tiers will be covered by the government, the business community will enjoy a new viable, tax compliant integrated business model, something that will serve as a benchmark for our country in the future”.

Guest of Honour Dr. Philipp Deichmann, said “I am impressed with the automation drive being introduced in tax system to facilitate the taxpayers and increase revenue. Pakistan’s economy is improving, however, the country need to focus on cohesive economic policies, improve tax regime to widen tax base and streamline lengthy litigation procedures to promote ease of doing business and attract more investment”.

The ceremony was followed by live demonstration session for the attendees, including METRO staff, Customers, Retailers, and businessmen present. 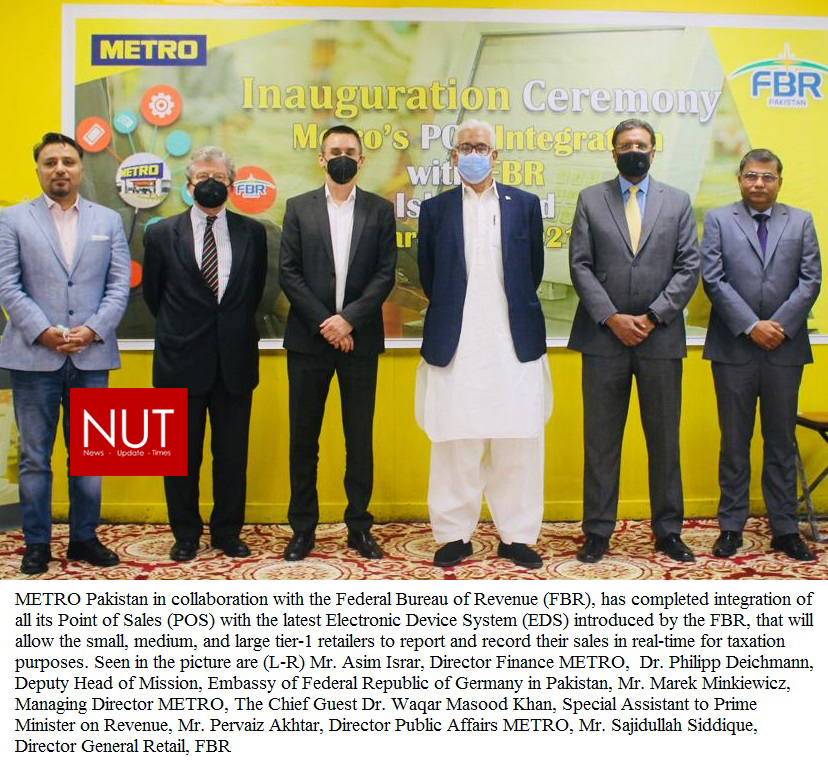