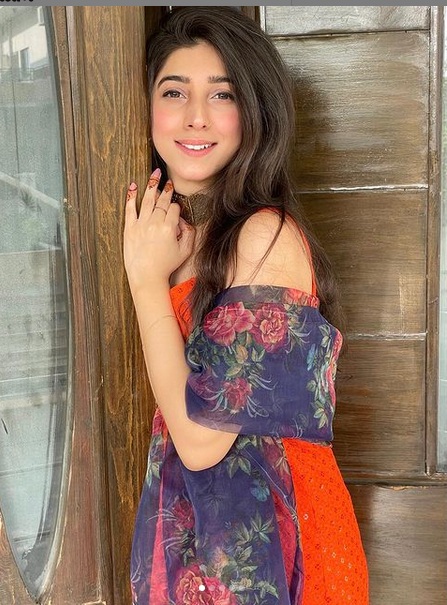 Eminent drama star Mariyam Nafees attended a candlelight vigil in Islamabad, penned a heartfelt note for Noor Muqaddam, who was brutally murdered and beheaded in the capital on Tuesday, July 20, by Zahir Jaffer.

She wrote “Noor, I had a lot to say for the last five days and now that I’m here at the vigil held for you, I don’t know what to say because nothing I say will bring you back,” wrote Mariyam, adding that saying sorry isn’t enough. “One by one, we’re ending up becoming a hashtag begging for justice.”

The Yaqeen ka Safar actress shared how Noor’s mother bravely repeated the words ‘Allah ke hawalay’ at her 27-year-old daughter’s funeral, highlighting the utter injustice of the situation. “She said those things because truly there’s no greater power than Allah and nobody serves justice as He does.” 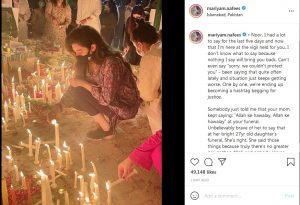 “To tell you the truth, I don’t have much faith in this system,” added Mariyam, echoing the fear of the majority. “I’m scared. I’m scared for my mother, my sister, every single daughter of my country to the point that I’m scared for my dog too.”

Addressing the remainder of her note to the slain Noor herself, Mariyam said that her heart aches for Noor and that the country is thinking of, praying for, and fighting for her.

“Hoping and praying that these recent heinous murders become the wind of change this country desperately needs,” she concluded.