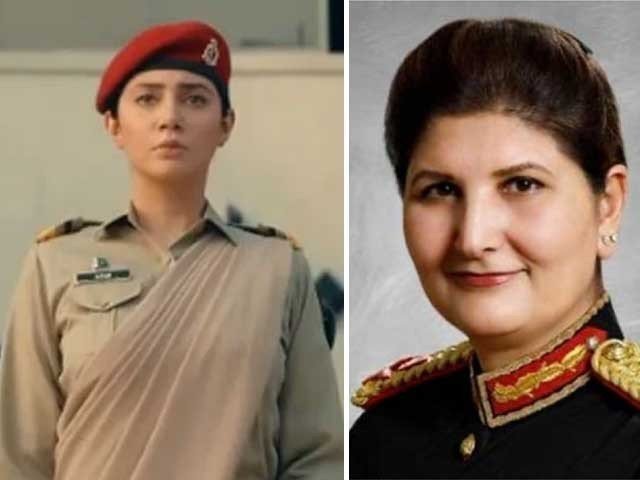 Last year in June, Major General Nigar Johar made history by becoming the first female officer to be promoted to the rank of lieutenant general owing to her spectacular performance in different leadership and administrative appointments/roles.

Now, a series highlighting her achievements is in the works, with superstar Mahira Khan playing the lead. Ek Hai Nigar will tell the tale of the Lieutenant General. Mahira, on the other hand, is ecstatic to have bagged the role. The Humsafar star announced the same on her social media accounts.

Taking to Twitter, Mahira shared a teaser of the drama serial, Eik Hai Nigar, and penned, “Honoured to be able to play a woman I admire so much. Pakistan Army’s first female three-star General. ‘Aik Hai Nigar’ traces the life and career of Lieutenant General Nigar Johar.”

She added, What a life, what a story… to know her, is to know one of the greatest we have amongst us.”

Mahira’s Superstar co-star, Bilal Ashraf, will also be seen in a pivotal role in the drama serial. Written by Umera Ahmed and helmed by Motorcycle Girl famed director Adnan Sarwar, Ek Hai Nigar will be a treat to watch.

Lt Gen Nigar is also a recipient of Tamgha-e-Imtiaz (Military) and Fatima Jinnah Gold Medal for her meritorious services in Army Medical Corps from the prime minister.

Born in Panjpir village in Swabi district of Khyber-Pakhtunkhwa to a Pashtun family, Nigar received her early education from the Presentation Convent Girls High School, Rawalpindi in 1978 and graduated from the Army Medical College in 1985.