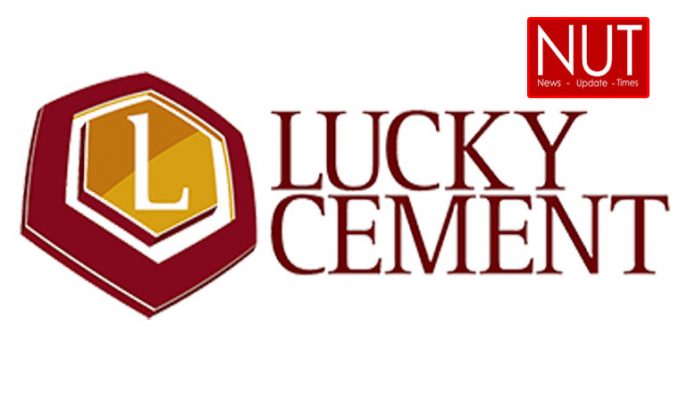 Karachi (Muhammad Yasir) On a consolidated basis, Lucky Cement Limited, once again, reported its highest ever profit after tax of PKR 36.42 billion for the year ended June 30, 2022, of which PKR 6.93 billion is attributable to the non-controlling interests. This translates into earnings per share (EPS) of PKR 91.22 / share as compared to PKR 70.69 / share reported last year.

On a consolidated basis, the Company achieved 60% higher net turnover of PKR 331.5 billion as compared to last year’s turnover of PKR 207.2 billion. The consolidated Net Profit of the Company remained PKR 36.4 billion out of which PKR 29.5 billion was attributable to the owners of the holding company, compared to PKR 28.2 billion and PKR 22.9 billion, respectively for the prior year.  This translates into an EPS of PKR 91.22 during the fiscal year ended June 30, 2022 as compared to PKR 70.69 during last year, representing a growth of 29%. The exceptional growth in revenue, despite economic challenges is owing to robust performance across all businesses of the group and is an affirmation of the successful execution of the Group’s diversification strategy.

The Company achieved a major milestone when its wholly owned subsidiary, Lucky Electric Power Company Limited (LEPCL), achieved the Commercial Operations Date (COD) on March 21, 2022 of the 660 MW coal-fired power plant set up at Port Bin Qasim, Karachi. This milestone will play a key role in increasing the energy security and prosperity of Pakistan. It will also go on to reduce the cost of electricity and reliance on imported fuel in the long run after the completion of Phase III of SECMC in June 2023. The power generated from the plant is being fed into the national grid in line with a power purchase agreement signed with the Government. In another major development, the Company’s subsidiary, Lucky Motor Corporation started assembling Samsung mobile phones in Pakistan in December, 2021.

Lucky Cement remains committed towards making a real contribution to the society and the communities in which it operates. The Company extended its merit-based support to deserving and less privileged students in Pakistan and abroad. The Company also continued to donate generously towards health-based initiatives by supporting various welfare organizations. In support of the UN Sustainability Development Goals, the Company has initiated and promoted various sustainable projects to support the United Nations’ 2030 Agenda.

Regarding the future outlook, the Company has reported that it expects fiscal year 2023 to be challenging for Pakistan’s economy, especially due to the high Current Account Deficit, which stood at $17.4 Billion for FY 2022 versus $2.8 Billion for FY 2021. The ongoing political instability has deteriorated the economic position of the Country and resumption of foreign exchange inflows from the IMF program has faced serious delays. The IMF staff level agreement has now been signed and as per Government statements majority of conditions have been met and it expects the program to resume post approval from the IMF Board towards end of August 2022. The resumption of the IMF program will not only reduce uncertainty but also open avenues for borrowing from other sources, which could help stabilize the foreign reserves and the domestic economic situation. Apart from this, certainty in the political landscape of the Country is needed so that long term and sustainable measures are taken for enhancing the exports and ultimately reducing the current account deficit of Pakistan.

The commodity super cycle, which started last year post-pandemic, continues to persist. This has been further aggravated by the ongoing Russia-Ukraine conflict resulting in continuous volatility in commodity prices particularly coal, petroleum products and packaging material, which has significantly increased the cost of production for cement. A similar trend has been witnessed in other construction materials as well, mainly steel which has resulted in a hike in overall construction costs. On the local front, rising interest rates coupled with higher inflation have severely affected the purchasing power which will impact the cement demand in the short term.