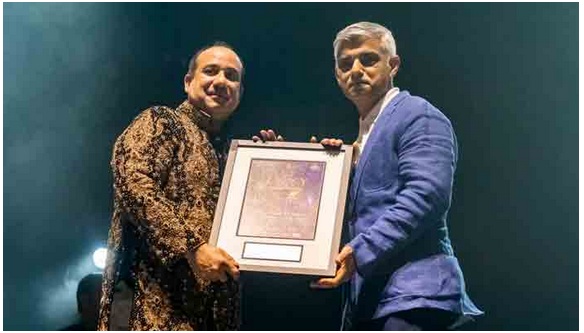 Sadiq Khan, the mayor of London, has said that Ustad Rahat Fateh Ali Khan is a “living legend” as he brings together four generations of South Asians who love Urdu music and poetry.

Sadiq thanked Rahat for selling out the vast Wembley Arena soon after the lifting of the COVID-19 lockdown and for bringing together Muslims, Hindus, Christians, Sikhs, Pakistanis, and Indians together in their shared love for popular Urdu music and poetry. 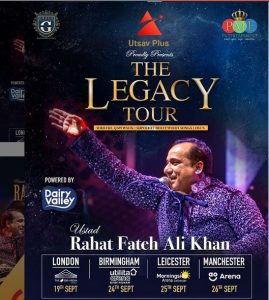 The London mayor took to the stage halfway through the powerful performance by the singer and his band including Gumby on drums, Rashid Ali Khan on Saxophone, Mohsin Raza Shah on the lead guitars and Rahat’s younger brother Wajahat Ali Khan on the supporting vocals.

Rahat’s “legacy” tour will last over 10 days from London, Birmingham, and Manchester to Leicester.

Rahat performed for three hours with one break. Thousands of Indians and Pakistanis sang each and every song along with him. Meanwhile, hundreds danced on the floor area and kept asking for more from Rahat whose last performance at the same sold-out venue was just before London went into lockdown. 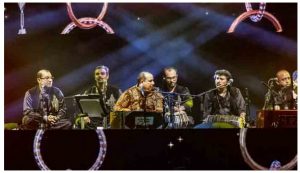 Speaking to Media  after his performance, Rahat said he loved London’s audience. He said: “I am so happy to perform in London. This was after two years of separation. Pakistanis, Indians, and Bangladeshis have come together for my show just because of one thing: positivity. I have positivity inside me and it’s the positivity that generates love.”