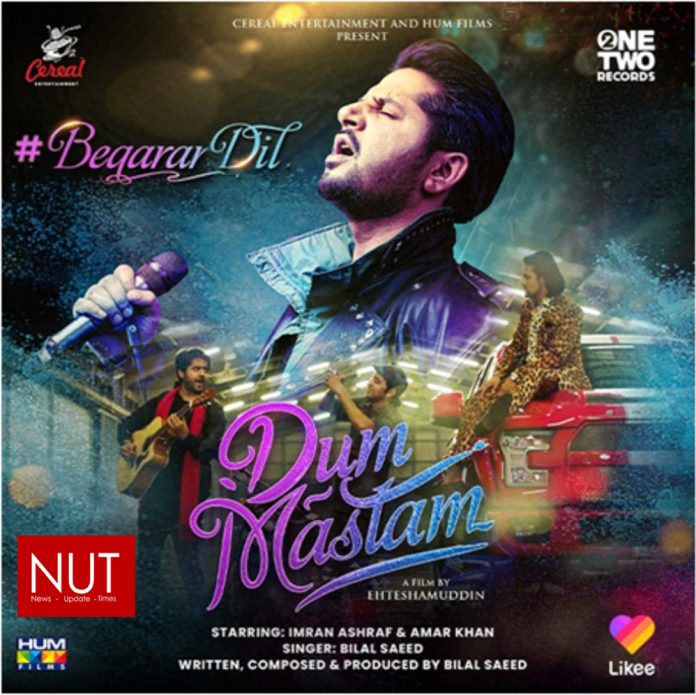 Lahore (Muhammad Yasir) Likee, one of Pakistan’s leading trendsetters in the social media landscape has partnered with One Two Records one of the largest music labels in Pakistan, in the first cross-promotional collaboration for the country. The two leading brands have come together to promote songs from the upcoming movie ‘Dum Mastam’. The first track being released under the partnership is sung by Bilal Saeed, one of the most renowned names in Pakistan’s music space for his iconic voice of ‘Baari’ fame.

Social media has been revolutionizing various aspects of traditional activities. Marketing and advertising are no exception. Likee, as the official content partner for Dum Mastam movie has initiated one of the biggest collaborations in the Pakistani entertainment sphere. As a platform hosting a vibrant community of creators promoting a diverse array of content, Likee has become the hub for music and talented individuals to showcase their skills in this field. In line with its objectives to resonate better with local audiences, the short video sharing platform has launched the in-apphashtagchallenge#BeqararDiland promoted thesongon its socialmediaaccounts,which gained millions of views among people around the country.

Commenting on the development, Likee Representative, stated; “Pakistan is a land of various unique treasures and music is one of them. As the nation’s leading avenue for expression and entertainment, Likee is always pushing the boundaries to deliver high-quality content for its audiences. We are delighted to announce this partnership with One Two Records for the release of the songs from the movie ‘Dum Mastam’ with the first one being sung by none other than Bilal Saeed himself.”

MurtazaNiaz, General Manager of One Two Records, commented: “We had a good collaborative working relationship with Likee Pakistan. This time releasing film music on Likee will be interesting as we understand the importance of Short Video Platform in the marketing aspect, especially reaching out to the masses.”

Ever since its launch, Likee has grown in popularity across the country through its distinct opportunity creation for creators that would otherwise remain unheard.