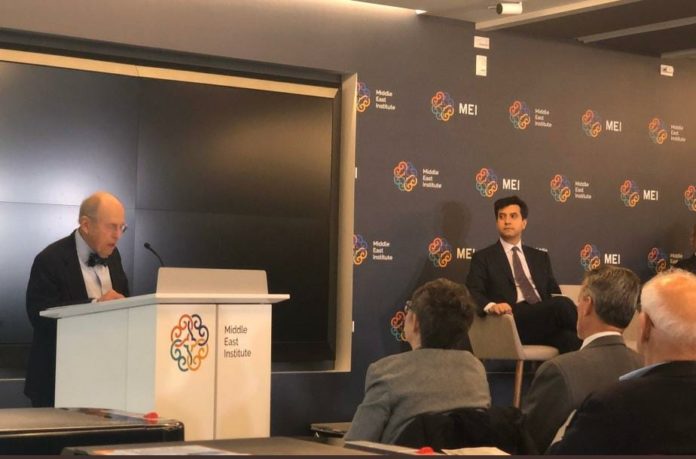 The event, “Leveraging a Moment of Change: Pathways to a Sustainable US- Pakistan Relationship”’, was convened to discuss a policy paper on the future of Pakistan-US relationship written by an expert group of academics, policy analysts, and retired US government officials.Major findings emerging from this study were presented by the co-authors of this study, Marvin Weinbaum, Director of Afghanistan and Pakistan Studies at the Middle East Institute and Syed Mohammad Ali, Adjunct Facultyat Georgetown and Johns Hopkins Universities.

In his opening remarksformer Pakistani Ambassador to the U.S.and current Ambassador-at-Large for Foreign Investment, Ali J.Siddiqui emphasized that it is now the timethat both the United States and Pakistan focus on broadening their partnership.“This is why this policy paper is so important and timely.  It represents a broad, consensus view of how the foreign policy community in Washington DC thinks about the importance of this bilateral relationship, as well as what could serve as building blocks for a strong partnership between the two countries,” Ambassador Siddiqui remarked.

Other speakers at this event included former Pakistani and American ambassadors and U.S. government officials, academics, and members of the think-tank community in D.C.

The relationship between Pakistan and the United States has never been easy or stable, and in recent years has come under increasing strain. Yet, both countries have a vital stake in the maintenance of a smooth working relationship. Several factors have complicated prospects for bilateral cooperation in the past, leading to a growing strategic divergence in how both countries view one another, and their interests, vis-a-vis other regional players. The present moment, with an impending U.S. withdrawal from the region, provides a unique opportunity for the convergence of mutual interests between both countries.The policy paper presented offers common frames of reference that can allow concrete proposals designed to move the relationship in a positive and stable direction. 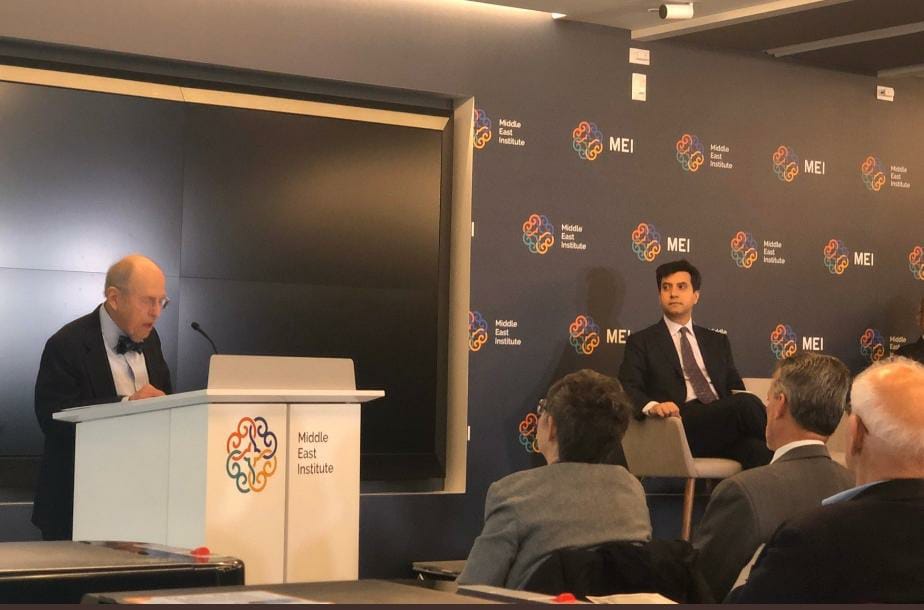 The detailed paper emerging from this research is available at the website of the Middle East Institute (www.mei.edu).

Want to become more than just a fan? Share your experience...