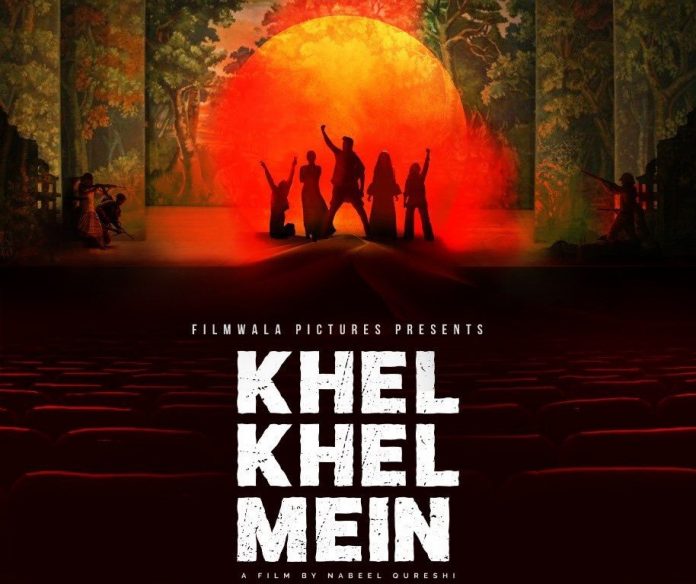 Filmwala Pictures is back with a Historic Drama Masterpiece. Directed by Nabeel Qureshi, film will star Sajal Aly and Bilal Abbas Khan in pivotal roles.

The motion poster for the upcoming film Khel Khel Mein was recently unveiled on social media. The poster was shared via the official Twitter account of the film. “ ‘If history were taught in the form of stories, it would never be forgotten’ Filmwala pictures presents motion poster of Khel Khel Mein,” read the post.

The poster was retweeted by actor Humayun Saeed, who wrote, “This looks amazing! All the best to the entire team”.

It was also shared by Bilal Abbas Khan, who is all set to star in the film opposite actor Sajal Aly.

Filmmaker Nabeel Qureshi revealed previously in an Instagram Q and A session that Khel Khel Mein will be a historical drama; something that Qureshi is not commonly known for. The synopsis of the film posted to Twitter reads, “A heartwarming drama depicting a youthful take on tragic historical events. Lies may make enemies out of brothers. The wise know the truth can heal all wounds.”

The fan-favourite couple of Khan and Aly has previously graced the silver screen together in O’Rangreza and their chemistry on-screen had left many fans wanting more. Previously, the Dunk and Yeh Dil Mera actors had expressed their gratitude and excitement over the film while announcing the big news on social media. “Bismillah,” wrote Aly, while sharing a sneak peek of the script. On the other hand, Khan penned, “Working with the finest producer/director duo in the country for the first time. Iss baar milte hain theatre mein (We shall meet in theatres this time).”