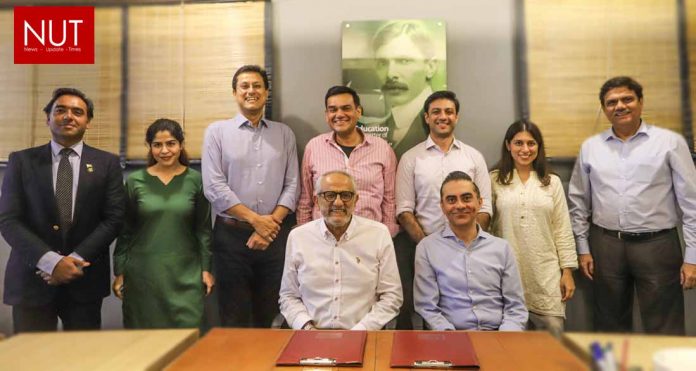 Karachi (Muhammad Yasir) KFC Pakistan’s Mitao Bhook Foundation (MBF) and The Citizens Foundation (TCF) have come together to further the cause of education for the less privileged children in Pakistan. Under the partnership, KFC’s Mitao Bhook has made a donation towards the operational support of four TCF schools across Pakistan for the academic year 2022-23.

Raza Pirbhai, CEO of KFC Pakistan commented, “Today, we are very excited to renew our partnership with TCF. It is the first organisation that comes to our mind when we think of partnering with a credible institution. They are doing a fantastic job in providing education to the Pakistani community. Education is the most important tool for any nation that wants to change its future. I have seen the impact created through TCF first hand. There are so many great stories of TCF alumni who have made it to top universities. We are really humbled to partner with TCF.”

On this occasion, Syed Asaad Ayub Ahmad, CEO of The Citizens Foundation (TCF) remarked: “KFC has been a longstanding supporter of TCF. We deeply value this partnership that enables us to create greater impact together for the children of Pakistan. There is no doubt that education is an immensely powerful tool that can enable our children to create a better future for themselves, their families and their country. This partnership will help set up many children on that path.”