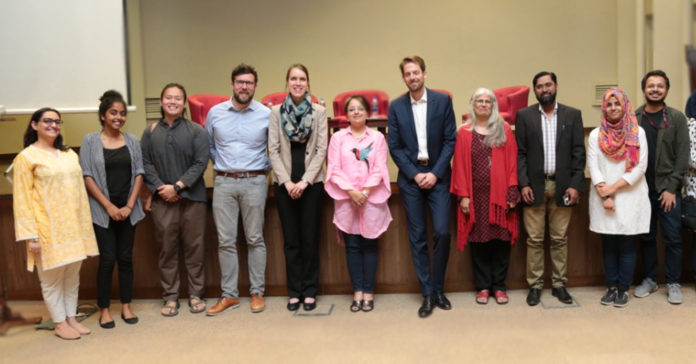 Karachi (Muhammad Yasir) The Karachi Urban Lab, a research organization based at the Institute of Business Administration (IBA), Karachi led by Professor of City and Regional Planning Dr. Nausheen H. Anwar, hosted an event as part of the French and German Embassies’ joint lecture program Open Doors. Christine Rosenberger from the German Embassy, Islamabad joined Dr. Anwar in introducing the panel discussion, titled Climate Crisis Seminar, which is the first event of this series.

Dr. Anwar spoke from the perspective of an urbanist situated in Karachi, who studies not just Karachi but also other cities across Pakistan and the Global South. She asked about the role of the city in the climate crisis, especially considering the ambiguities and complexities of the impacts. Dr. Anwar pointed out how the government has developed and implemented policies that are actually antithetical to the change that must be undertaken. In particular, Dr. Anwar highlighted how structural inequality compounds the impacts of the climate crisis, and how the present understanding of “resilience” is not adequately taking this into account.

Adrien Detges and Bastien Alex joined the two speakers on stage for the panel moderated by Afia Salam, a journalist and geographer. Detges spoke about his work with Adelphi in Berlin, an organization that researches climate change, security, and development. He spoke about Adelphi’s compound climate-fragility risks framework, which accounts for how climate change is a risk-multiplier for factors such as state fragility, social unrest, and migration. Mr. Alex, who works with the French Institute for International and Strategic Affairs, spoke about the importance of working with the military with regard to climate change’s impacts on security. The military, he claimed, plays an important role in disaster management. Both Detges and Alex spoke about the importance of awareness at the institutional level about the impacts of climate change on security. 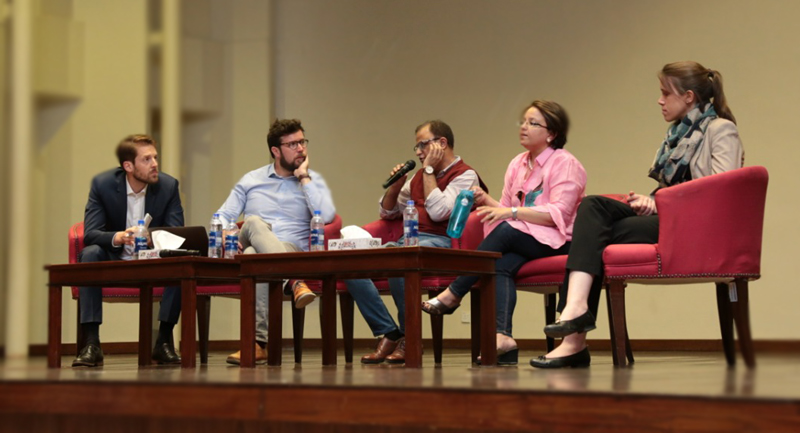 ShahidAfridi appeals for strict observance of SOPs by schools as Pakistan...