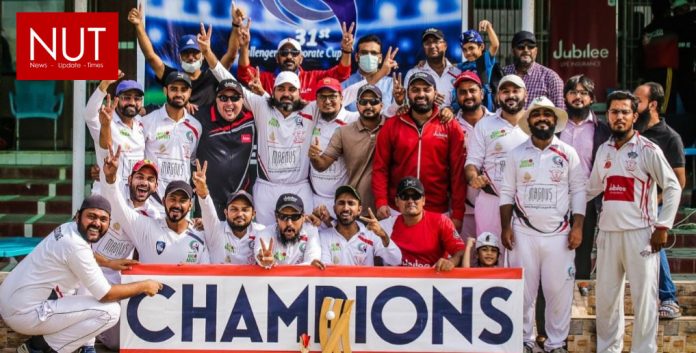 Lahore (Muhammad Yasir) Jubilee Life Insurance has won the 31st Challengers Corporate Cup. In a tightly-contested tournament between eight teams, Jubilee Life emerged victorious, thanks to an unbeaten five-match run to win the trophy. Ibad Anis was jointly awarded the Best Player of the tournament while Fasih Hassan was named the Man of the Match in the final.

Jubilee Life Insurance defeated Takaful Pakistan Limited in a match held on Saturday to become the champions of the 31st Challengers Corporate Cup.

Although Jubilee lost one of their batsmen early on in the innings, opener Ibad Anis smashed a brilliant 49 off 33 balls, including 7 boundaries. Asim Farooq contributed 14 runs to the total. Zohaib Rizwan’s 21 not out off 15 balls along with Syed Raghib Moin’s 23 off 21 balls helped stabilize the team, making their chase smooth and easy. Jubilee Life Insurance won the final by 5 wickets. 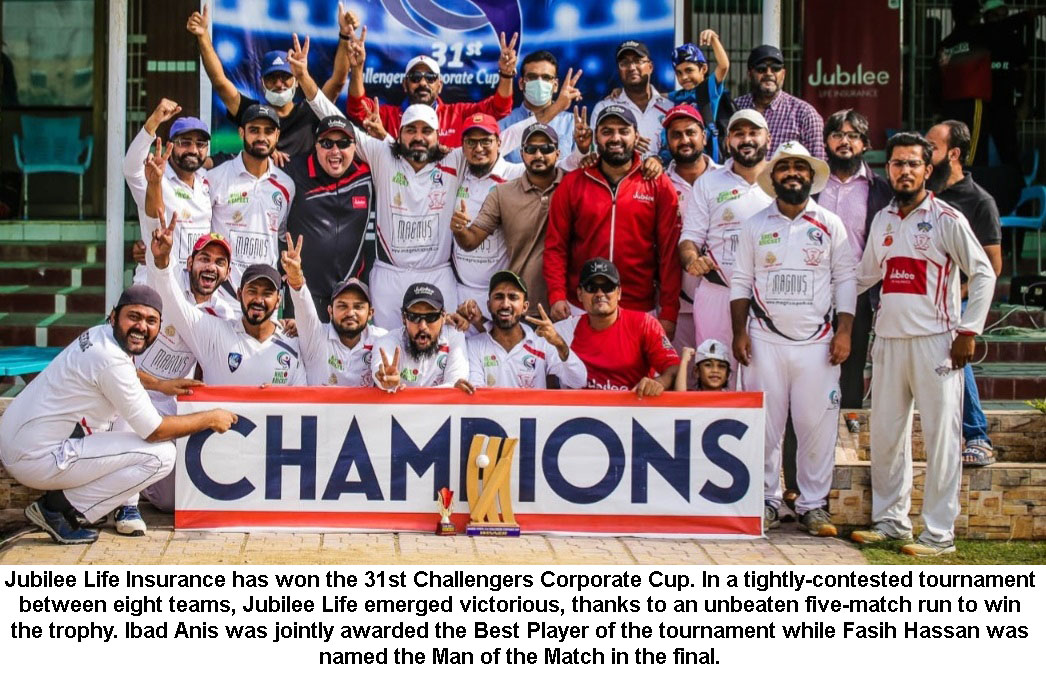