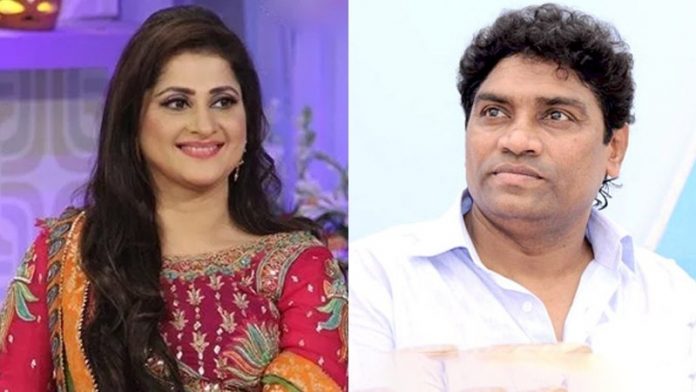 Johny Lever, an Indian actor known for starring in successful Bollywood comedies, has shared a message from across the border for actor Sahiba. “I wanted to share this message with you all,” said Sahiba. “And it is from my dear brother, Johnny Lever.”

Johny sent his salam to Sahiba and praised her Eidul Azha special Bakra Aik Qassaie Do. She starred with her husband Rambo in the telefilm.

Johny called the telefilm “mind-blowing” and said, “Our family enjoyed it a lot. Your work was amazing. Rambo’s work was good too.”

He not only praised Sahiba’s acting but her YouTube channel Lifestyle with Sahiba as well. Sahiba shares vlogs on food, family, and short films on her channel. Sahiba expressed her gratitude to Johny and said his praise means a lot to her.

Pakistani celebrities often engage in banters with stars across the border. Imran Abbas received praise from Bollywood singer Alka Yagnik when he posted a video of him singing one of her songs.