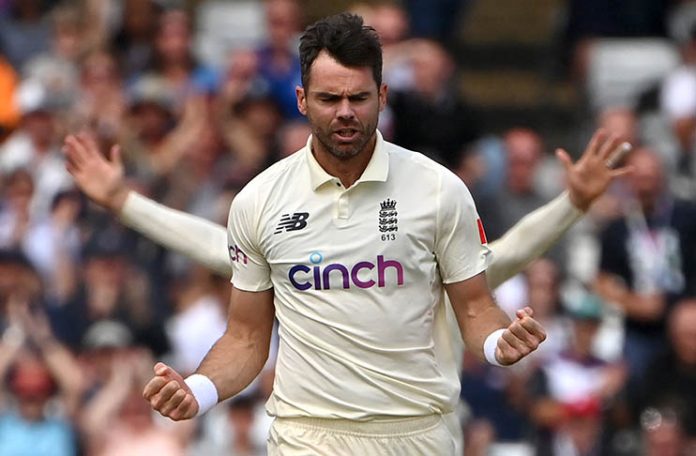 The 39-year-old Anderson achieved this milestone after dismissing KL Rahul on Day three of the first England-India Test at Trent Bridge.

With 621 wickets, the England paceman is only behind Muttiah Muralitharan (800) and Shane Warner (708) on the list of highest wicket-takers in the longest format of the game.

He finished with figures of 4/54 in the first innings, taking wickets of Cheteshwar Pujara, Virat Kohli, Rahul and Shardul Thakur.

Before the start of first Test, he had expressed the desire to play in his 40s. “I still love turning up every day at training, putting in the hard yards and being in the dressing room with the lads trying to forge a win for England. That’s all I’ve really ever bothered about and what I’ll keep trying to do.”

It must be noted Anderson has been playing Test cricket since 2003.