Idara-e-Taleem-o-Aagahi (ITA), in collaboration with Telenor Pakistan  starts DigiWorld Campaign to educate children on the Safe use of Internet.
Lahore (Muhammad Yasir) Under the ‘SAFE Internet and Outreach Programme’ the Idara-e-Taleem-o-Aagahi (ITA), in collaboration with Telenor Pakistan  on Sunday started DigiWorld Campaign with the aim to educate the children of Pakistan on the Safe use of Internet.
The campaign was objected to promote Child Online Protection and safe on-line behavior of children by creating awareness and building capacity in online protection. Besides this, it would sensitize and enhance the capacity of project staff, teachers, and students on child on line protection.
the project aims to senitize and mobilize the relevant government departments and stakeholders on the importance of child online protection and encourages them to take up of tools to address it.
The ‘SAFE Internet and Outreach Programme’ is working since the past 3 years in the country and this campaign would continue from April 20 to May 20.
The Campaign Strategy comprises of a game ‘Be Smart Use Heart’ that includes 6 main areas of Online Safety such as cyberbullying and trolling, and hate speech and fake news, privacy and information security, cyber security and fraud, reporting, health and well being
ITA said that the programme aims to educate approximately 1,75000 children (between the age of 9-15years) and 11,500 teachers in Public and Private schools across all provinces of Pakistan through:
For this purpose, training Sessions will be conducted in Schools (Online training sessions in online schools during this time of lockdown). The theme for the first week of the Campaign was planned Cyberbullying/Trolling. According to the details, Cyber Bullying  is bullying occurs online, often through instant messaging, text messages, emails, and social networks. While trolling called  creating discord on the Internet by starting quarrels or upsetting people by posting inflammatory or off-topic messages in an online community. A social media troll is someone who purposely says something controversial in order to get a rise out of other users.
While the second week scheduled as hate Speech and fake news as it defined as a speech which attacks a person or group based on attributes such as race, religion, ethnic origin, sexual orientation, disability, or gender.
ITA added that it  is important to be wary of posts online that may be examples of hate speech and avoid liking and sharing offensive information.
Often a post online is mistaken as a harmless joke and may be shared on social media, but it is important to think about the consequences of spreading information from organisations that incite hatred and in some cases violence against certain groups.
Similarly, the other two weeks are divided to highlight the privacy and information Security, the cyber Security and fraud, Catfishing, hacking and reporting. 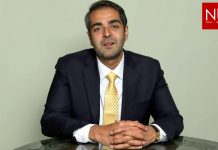 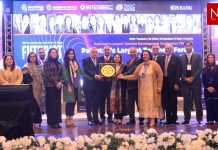