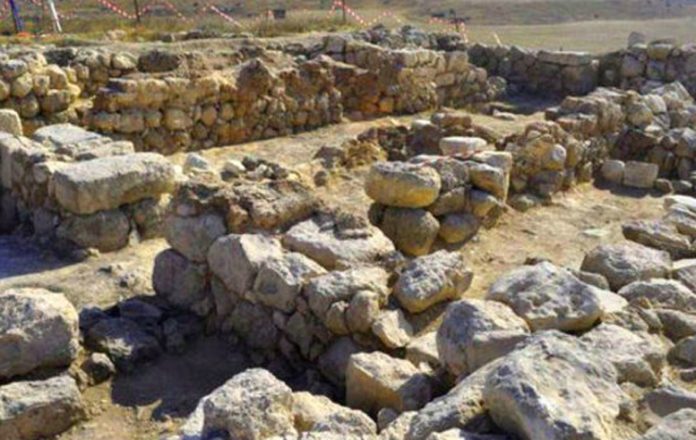 NUT (DESK) – Israeli archaeologists have discovered a 6,000-year-old skeleton of a female child, wrapped in a cloth and mummified, the Israel Antiquities Authority (IAA) said on Tuesday. The skeleton and other rare findings were uncovered during a complex national operation in caves and cliffs in the southern Judean Desert, aimed at preventing looting of antiquities. The skeleton was found in the Cave of Horror near the Dead Sea. While moving two flat stones, the team discovered a shallow pit dug beneath them, containing the skeleton, placed in a fetal position. It was covered with cloth around its head and chest, like a small blanket, with the feet protruding from it, and a small bundle of cloth clutched in its hands. The skin, tendons, and even the hair were partially preserved. In another cave, the archaeologists found an old complete basket, dating back to the Pre-Pottery Neolithic period about 10,500 years ago, according to the IAA. The well-preserved 90-100 liter large basket, woven from plant material, was found with a lid, and was apparently used for storage. “The basket provides fascinating new data on the storage of products some 1,000 years before the invention of pottery,” the researchers noted. Additional findings, uncovered in the Cave of Horror, includes dozens of fragments of a biblical scroll, written in Greek, arrow and spearheads, woven fabric, sandals, lice combs, and a cache of rare coins, bearing Jewish symbols such as a harp and a date palm.