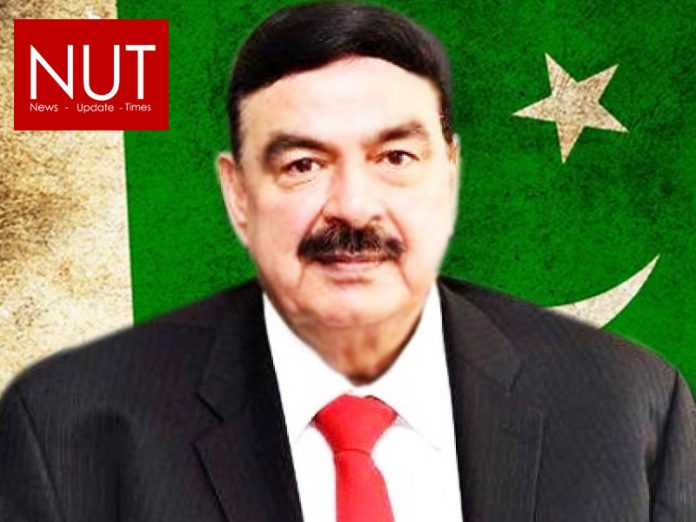 NUT (WEB DESK) The interior ministry has issued a notification allowing the provinces and federal territories to seek the help of the army to enforce standard operating procedures (SOPs) for curbing the spread of the coronavirus.

In a video message on Sunday, Interior Minister Sheikh Rashid said as per the notification Punjab, Khyber Pakhtunkhwa, Balochistan, Gilgit-Baltistan, Azad Kashmir and Islamabad will avail the services of the Pakistan Army for implementation of Covid-19 SOPs “as per their need”. He said Sindh had not opted to be part of the measure for now.

He added that this was a “big decision” taken because neighbouring India was reporting 350,000 or more Covid cases on a daily basis.

The minister said the Pakistan Army had always stood with the people when floods, earthquakes and other natural disasters hit the country, therefore, it was decided during a meeting of the National Coordination Committee (NCC) to seek the army’s services to enforce the coronavirus SOPs.

Meanwhile, the GB Home Department issued a notification for the deployment of army and Rangers personnel in cities with a Covid-19 positivity rate of more than five per cent. It also banned dining at restaurants and closed all parks in the region.

On Friday, Prime Minister Imran Khan said he had asked the Pakistan Army to assist the police and law enforcement agencies in enforcing Covid-19 SOPs, warning that Pakistan may soon be facing a situation similar to India if the current trend continued.

Addressing the nation after a meeting of the NCC, he said: “I am appealing to you to follow SOPs so that we don’t have to take steps that India is taking which means imposing lockdowns. Half the problem is solved when you wear face masks.”

A day later, the Khyber Pakhtunkhwa government requested the federal government to authorise the deployment of armed forces and civil armed forces in the province to ensure effective implementation of the Covid-19 guidelines

Likewise, the Balochistan government said the army would be called in if the people did not follow the SOPs to save them from the deadly virus.

Islamabad to set up women-only market