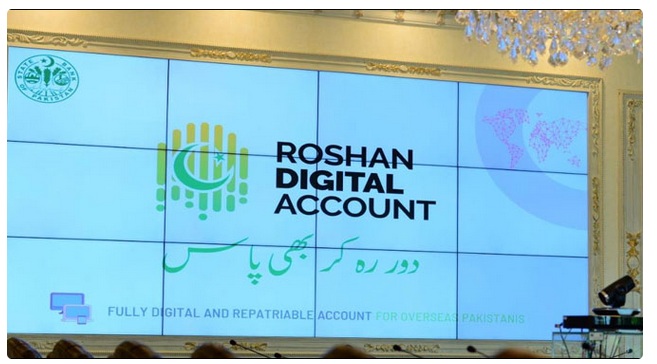 The Roshan Digital Account (RDA) programme has crossed a major milestone and hit the $2 billion mark as overseas Pakistanis continued to pose trust in the central bank’s initiative that was launched in September last year.

Economist circles are sharing that overseas Pakistanis invested a record $2 billion in various products offered by the RDA platform and it will continue to attract more inflows as the central bank is keen to add more investment options for non-resident Pakistanis.

The record investment shows the confidence of the overseas Pakistanis in the product launched by the incumbent government.

The amount received through the RDA to the government is hassle-free and without any condition. “The conditions would be tougher if the government borrowed the same amount from any international financial firm,” source added and now it will be the responsibility of the government to return the amount with profit to the account holders when they want to withdraw.

State Bank of Pakistan (SBP) with the support of eight major banks in the country is leading the project under which Pakistani diaspora are able to avail the banking facility from a digital payment system and the consumers are able to open their bank accounts without visiting bank, embassy or consulate.

Under the initiative, the Pakistanis living abroad are able to operate their accounts without visiting the country and could avail facilities of direct banking, bill payment and other e-commerce facilities.

These accounts could also be used for investments in the stock exchange and property within Pakistan. The consumers would also have the option to either open a Pakistan currency or foreign currency account.