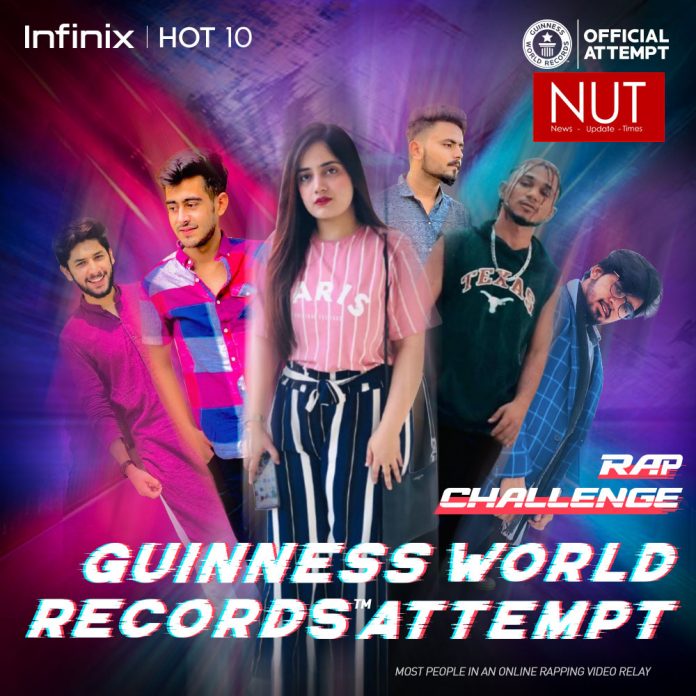 Lahore (Muhammad Yasir) Infinix, the leading smartphone brand, brought together 51 singers from more than 15 different countries to set the GUINNESS WORLD RECORD for most people on Rap Video Relay.
The hip-hop fans and artists from countries including Pakistan, India, Philippines, China, Nigeria, Egypt, and Morocco were seen rapping in multiple languages using the same track. The video was broadcasted live all over the internet as the record-makers rapped in Urdu, Chinese, Arabic, Nigerian, Hindi, etc. The record attempt was conducted on September 30th and lasted for a total of 1 hour 11 minutes.
The online rapping challenge had been arranged by Infinix to celebrate the launch of its latest state-of-the-art device, the Infinix Hot 10. Empowering users to stay connected, share experiences, and have fun, the unique event was aimed to show that it is possible to enjoy things together even while being far apart.
The video relay also saw 5 participants from Pakistan rapping to the track, including YouTuber Asif Bali, the Tik Tok star Lerry Khan who has over a million followers, and fellow Tik Tokers Hassan, Moaz, and Taimoor. Infinix Pakistan also had their own representative from Pakistan, Zuofyshan Ahmer, the community Executive, who enthusiastically participated in the relay.
Speaking on the occasion, Mr. Joe Hu, the country head from Infinix said, “At Infinix, we are striving to create a great user experience that goes beyond the device itself. We were amazed at the kind of energy and response this fun event had brought, and how people from around the world came together to create something truly amazing.”
Infinix has now also released a video showcasing all the participants and their talent in an effort to celebrate the new record. The GUINNESS WORLD RECORD has officially registered the record. 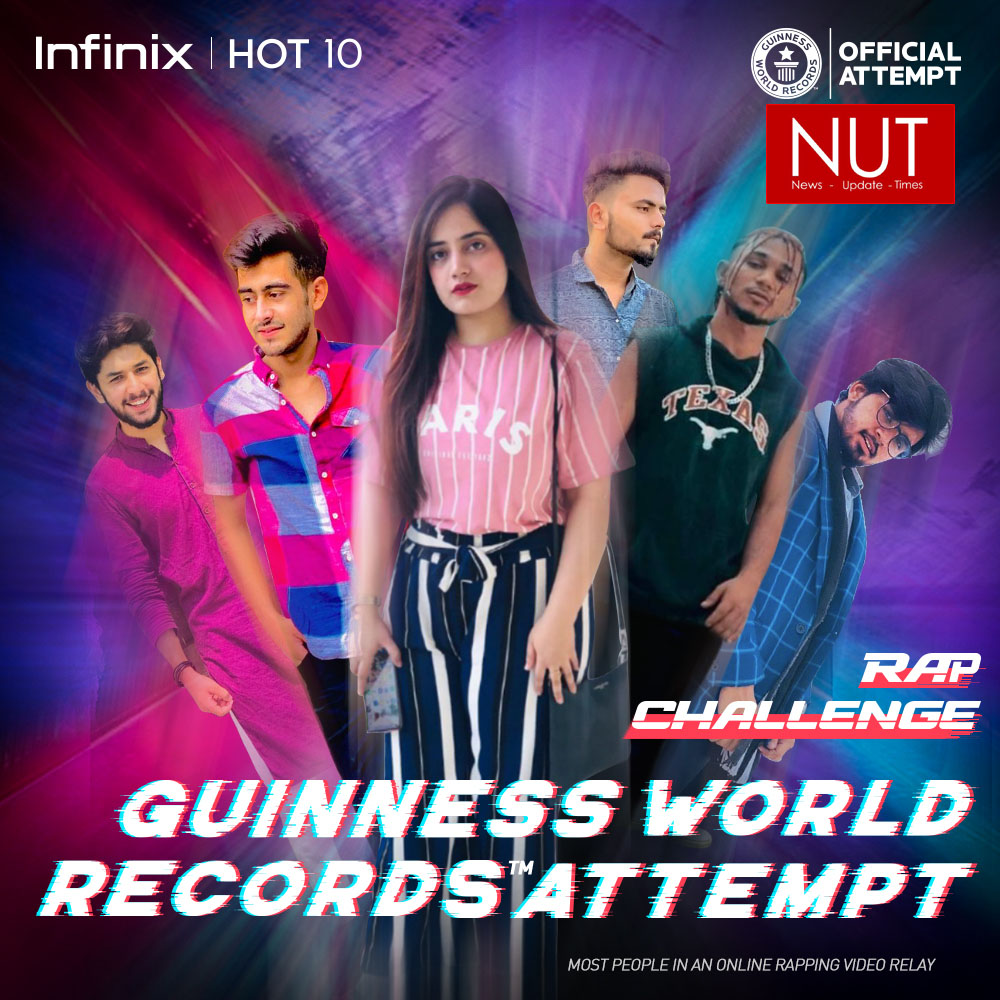