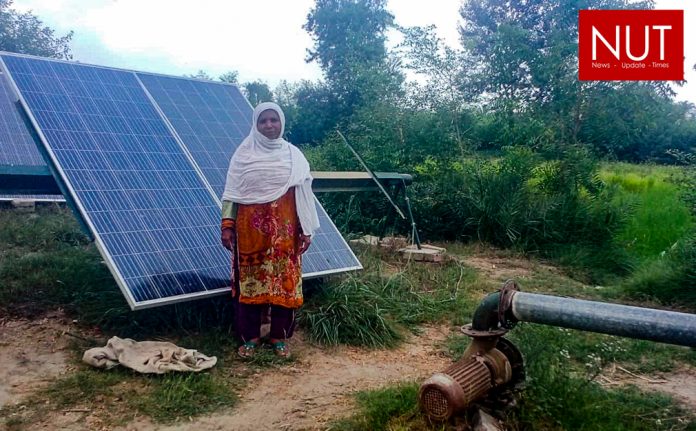 Kaneez Mai embodies not just the spirit of resilience and perseverance but the courage to break cultural norms and stand out as a champion of change in the community. In the small village of Kot Addu, Muzaffargarh, renewable energy is hardly something its population is concerned about. The people of this humble community are absorbed in the daily grind to put food on the table and earn a comfortable living. In these circumstances, it takes real initiative and drive to search for and understand the short-term and long-term significance of solar power as a key source to bolster agricultural production. Kaneez used what resources she had to learn all that she could about solar power.

Per a recent study conducted by World Bank, Pakistan has immense potential for solar power and by utilizing merely 0.071% of the area that can be used to generate it, the entire country’s demand for electricity can effectively be met. The prolonged and intense summers in the country make solar power a truly viable alternative energy source to meet the growing electrical disparities among various socio-economic strata. Having experienced most of these firsthand in the form of regular load-shedding and power outages, Kaneez Mai was more motivated than ever to design a long-term, cost-effective and sustainable agricultural model to earn her livelihood.

Pakistan’s economy relies significantly on its well-integrated agriculture sector which contributes approximately 25% to the overall GDP. A major portion of the population is employed in the agrarian segment, the current gender distribution being 30% and 67% for males and females respectively. With the digital revolution encapsulating all of the developing world, our agricultural practices are undergoing a steady digitalization as well. Innovative technological solutions are paving the way for more and more involvement and employment in this vastly essential industry. Not only that but technology is also seamlessly penetrating previously unserved markets through optimized solutions for vendor management, raw material acquisition, digital loans and payment services.

This is where MMBL comes in. As one of the leading digital financial institutions in the country, MMBL has an established and well-oiled operational mandate for promoting financial inclusion through digitally optimal solutions that are strategically catered to serve the underserved. Kaneez Mai, driven by her dream to earn a sustainable livelihood, came across the seamless nature of MMBL’s loan facilities and approached the bank for some capital to expand her agricultural venture. She owned 3 acres of land which could not be cultivated due to limited agriculture resources. Through the digitally powered services that require minimal paperwork, Kaneez was able to receive her loaned amount, PKR 700,000, in no time.

With the loaned amount in her hands, Kaneez intelligently opted for a solar-powered pump which eventually helped increase her future savings and aided her loan repayment since she was able to cut significant costs by not paying regularly for fossil fuel-powered electricity generators and extensive electrical bills. Through her smart use of the loan, Kaneez Mai is now able to support her 5 children, 4 daughters and 1 son, and provide a comfortable life for them with her renewed income.

It is estimated that 90% of all Pakistani farmers are classified as subsistence farmers, signifying their limited to no access to sufficient financing which leads to an overall lessened investment in agricultural technology designed to aid their operations and enhance their produce. MMBL has been a champion of the underserved segments of the Pakistani population for well over 9 years and Kaneez Mai’s adoption of our customer-centric services is among many similar stories that have resulted in dreams being realized and lives being transformed for the better.

Since its inception, MMBL has devoted its policies, services and products to address the sustainable development goals of 2030 and promote digitization, innovation and financial inclusion for a nationwide socio-economic uplift that is driven by the desire to serve the underserved.

On a mission to empower women to adopt bold ideas and strive for their dreams, MMBL, under its flagship Women Inspirational Network (WIN) program, has a wide majority of female borrowers just like Kaneez Mai, who have utilized their entrepreneurial prowess to inch closer to their dreams. 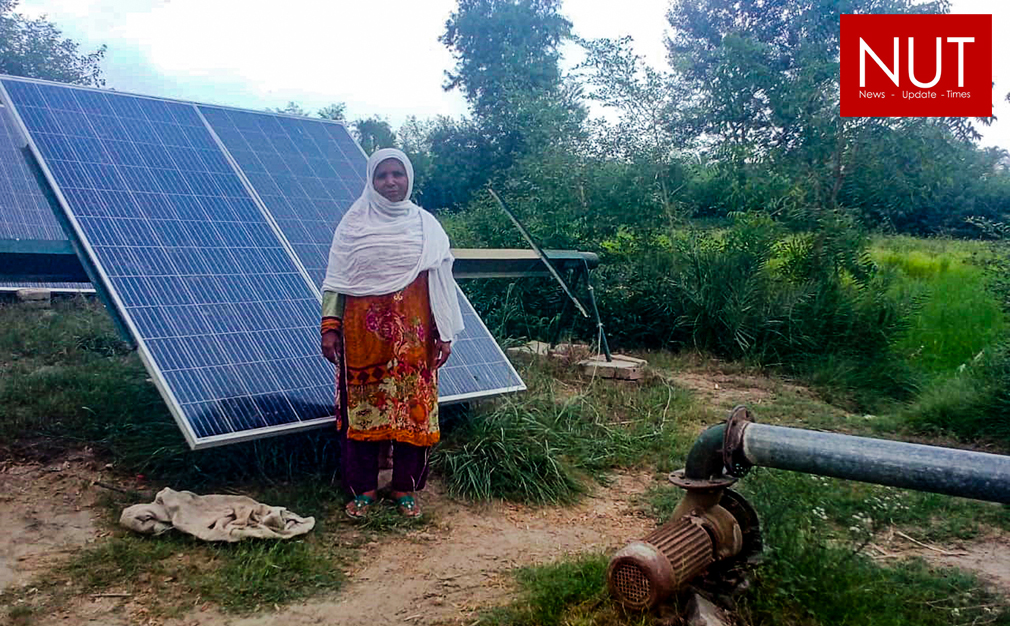 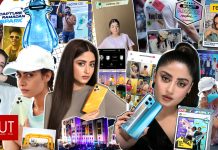 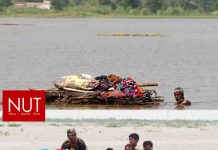