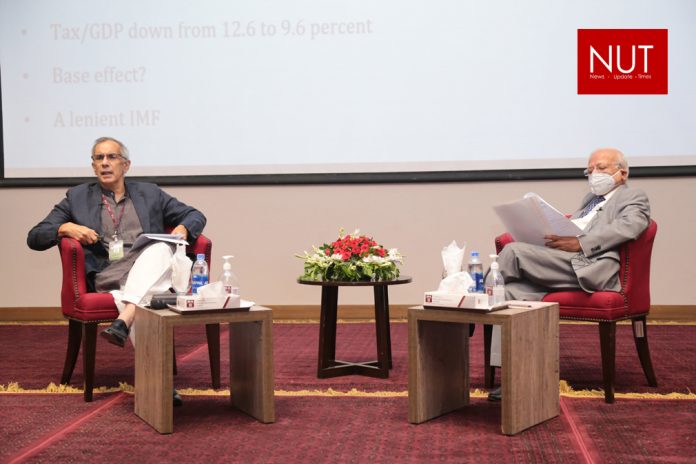 Karachi (Muhammad Yasir) The IBA Karachi held a discourse on State of the Economy and the Federal Budget 2021-22 by Dr. S Akbar Zaidi, Executive Director, IBA and Dr. Ishrat Husain, Advisor to the Prime Minister on Institutional Reforms and Austerity and Professor Emeritus IBA, at the IBA City Campus. Attendees included the faculty members, students, alumni, academics, economists, and the diplomatic corps.

Commencing the session, Dr. Zaidi, elaborated on the findings presented in a report, titled State of the Economy and the Federal Budget 2021-22. The report is compiled by the Faculty of the Economics Department at the School of Economics and Social Sciences (SESS), IBA and will be launched soon.

Shedding light on Pakistan’s economic situation during the pandemic, Dr. Zaidi said that there has been growth in the economy, but it is improbable that it will be 3.94%. He also said that the ‘Investment-to-GDP’ ratio declined from 15.3% of GDP in 2019-20 to 15.2%. The Foreign Direct Investment (FDI) has decreased, and the Tax/GDP also went down from 12.6% to 9.6%. Moreover, remittances have increased significantly to $29 billion.

Briefing on the unemployment and inflation situation, he said that 21 million Pakistanis were laid off due to Covid-19 in 2020 and 2021, causing the unemployment rate to reach 25%. Food inflation has increased to around 13%-15% for most of the year. Exports’ revenues are also stagnant at $25 billion. Growth target is 4.8% for the next year, while the inflation rate is expected to be 8%. Millions of households have been pushed into poverty as wages have fallen and the current economic and financial environment is precarious. Furthermore, working women have been affected 17% more than men.

Highlighting the aspects of the budget 2021-22, Dr. Zaidi said that the mandate for increased exports, an increase in salaries for government servants and an increase in the minimum wage by PKR 2,500 were fruitful steps towards stabilizing the country’s economy.

Dr. Zaidi made some recommendations to improve the current economic conditions whereby the structural reforms should be made in the power, water and irrigation and SMEs sectors. Self-employment and emerging entrepreneurs and e-commerce should be encouraged and incentivized. He also said that the Government’s BISP/Ehsaas programmes need to be doubled in capacity to assist the masses.

A conversation ensued with Dr. Husain, who exhorted that he would speak as an academician and not as a government official.

Dr. Husain said that the productive capacity of Pakistan is not in alignment with our needs as we do not even produce all our food. Hence, there is a deficit and a high reliance on imports. In the past year Covid-19 exacerbated the internal and external demands in the country.

Dr. Husain emphasized that the local governments have to be strengthened and given adequate resources. In the past, under the regimes of Mustafa Kamal and Naimat ullah Khan, Karachi prospered. Therefore, a similar model needs to be reintroduced for the sovereignty of the city. Unless local governments are empowered, the macroeconomic picture at the provincial level will not make a difference.

Elaborating on the significance of NGOs, Dr, Husain said that they play an important role in improving the socio-economic indicators of a country and Bangladesh is a prime example of that.

He also said that out of the 30 million consumers of electricity, 24 million are getting subsidized electricity. Raising the threshold of the lower middle class and providing them subsidy will reduce the circular debt.

Talking about the latest unemployment trends, Dr. Husain urged his fellow economists to conduct primary research and collect empirical data to find out the current scenario and make independent analysis. He also commended the IBA Economics Faculty who are engaged in conducting such research. 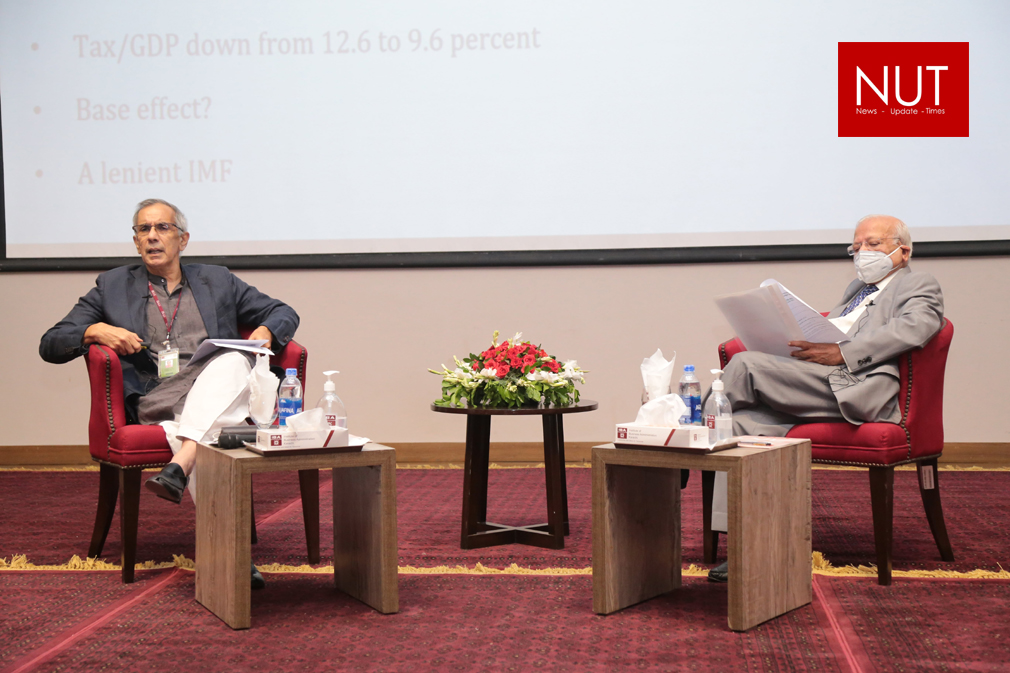 A Q&A session followed the discussion.