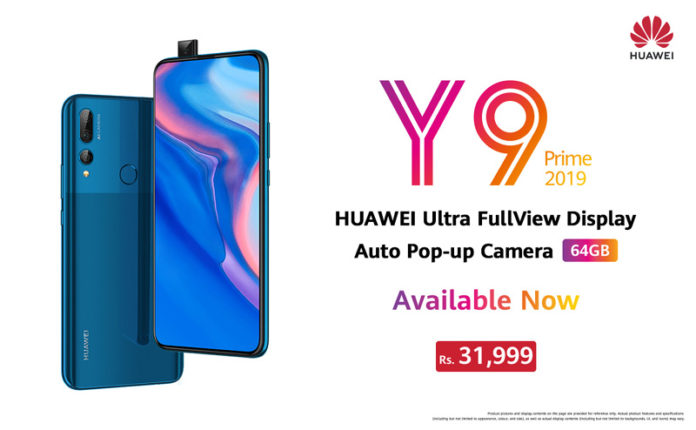 Lahore (Muhammad Yasir) With a great pre-order run over the past week, consumers in Pakistan have shown that the HUAWEI Y9 Prime 2019 is still a hot favorite. The 64GB version garnered 200% more pre-orders than its predecessor HUAWEI Y9 2019. With such popularity, the smartphone is now available for purchase throughout Pakistan for PKR 31,999/-.

Speaking on this occasion, Mr. Scott Huang, Country Manager, Huawei Pakistan said: “The great legacy of Huawei’s Y series will now continue, with the next-level of performance and success, as the 64GB variant of the Y9 Prime 2019 has gained tremendous impetus and popularity during the pre-order phase. The consumers, dealers’ network and stakeholders of the technology sector are excited to explore the potential of this affordable high-performance smartphone. We promise our fans that there is much more to come as we continue to enrich the Y Series devices, with unprecedented innovations that truly empower the users.”

Exquisite Design Aesthetics with No Bezel

The HUAWEI Y9 Prime 2019 boasts a revolutionary bezel-free design, by abandoning all forms of traditional notch, slider or holes. Thus the screen appearance has been dramatically expanded beyond the actual display area. Its screen presents sophisticated and unobstructed glass-surface, to enhance the wholly immersive viewing experience and the futuristic feel. Measuring at 19.5:9 in aspect ratio, the full-screen display takes up 91% of the front surface to deliver distinct aesthetics.

A 16MP + 8MP + 2MP triple-camera on the back and a 16MP AI-enhanced pop-up selfie camera is among the key features of the HUAWEI Y9 Prime 2019. While the front camera is equipped with a high-performance f/1.8 aperture that receives 50% more light than the more commonly used f/2.2 aperture. With its quick focus and noise-control features it empowers the users to recreate complex scenes, enabling enhanced imaging with unmatched clarity, contrast and quality.

Its 12nm Kirin 710F processor delivers greater speed and performance while the 4,000 mAh battery lasts much longer. The powerful chipset has been upgraded in comparison with its predecessors’ CPU and GPU. Huawei’s Artificial Intelligence (AI) gaming technology enables the next level of gaming experiences by identifying a wide range of scenarios, to match them with real-life sensations, like reloading, recoil, and the sound-waves from an explosions, to create more excitement and gives you a competitive edge!

The device is available in three colors: Midnight Black, Sapphire Blue, and Emerald Green – each with an enchanting and unique visual identity. 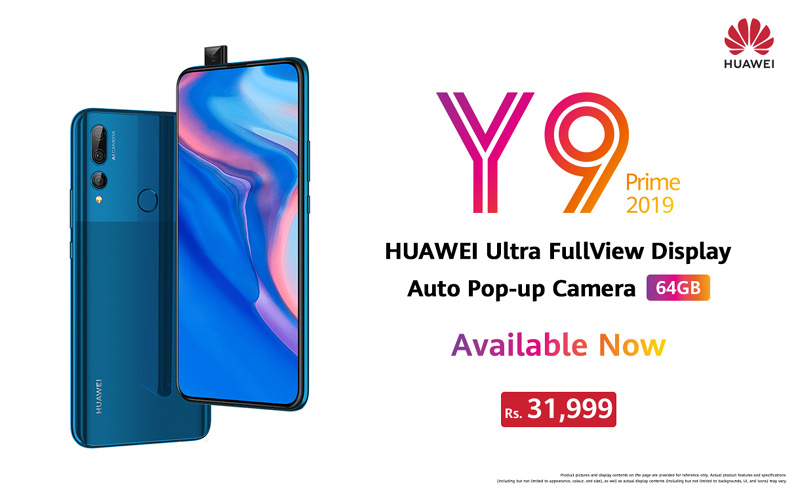 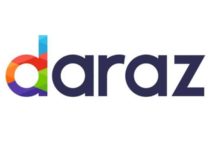 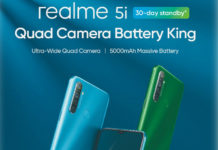 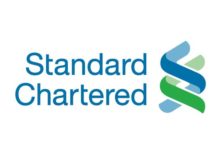 Our team views this as part of a broader partnership with...