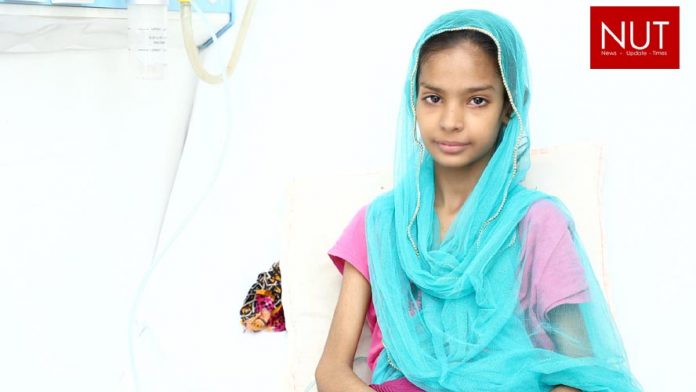 Lahore (Muhammad Yasir) Tuberculosis (TB) is caused by a bacterium that is known as ‘Mycobacterium Tuberculosis’. This bacteria usually just affects the lung but TB can affect any part of the body. The TB epidemic in Pakistan is extremely high and continues to rise as there is not much awareness on the disease. Pakistan ranks as the 5th most affected region by TB around the world. It is more prevalent in children due to the fact that it is not easily diagnosable since the symptoms can easily be missed or overlooked as they are very non-specific. Moreover, TB accounts for 8% to 20% of deaths of children in Pakistan every year.
Marium Mohammad Aslam is a 13 year old girl who studies in the 4th grade and resides with her family at New Karachi. She had always been a playful and bright child until 5 months ago when she started to feel sick quite often. Her symptoms included shortness of breath, sharp pain in the lungs, an extremely bad cough and a fever. After a few visits to the doctors and running some tests, Marium was diagnosed with Tuberculosis (TB) and Left-Sided Pneumothorax.
Ever since then Marium stopped taking much of an interest in sports, her grades dropped and her appetite lessened to the point where she faced unconditional weight loss. The situation got even worse when she collapsed due to an abnormally high heartbeat and facing trouble breathing. She was then rushed to a public hospital so that her treatment could be initiated but she faced a major hurdle there. Since she was diagnosed with an acute case of TB and Left-Sided Pneumothorax she had to be kept in isolation. However, Mohammad Aslam, a father of five young children, could not afford admitting Marium at a private isolation firm. Her father works as a seller at a Bachat Bazar and earns a nominal sum of PKR 20,000. He was already struggling to make ends meet at home along with the education of his children, he could simply not bear the expenses of a private health institute.
And so young Marium and her family found themselves in quite the debacle. Her parents were desperately trying to figure out alternative ways to ensure that their daughter gets the treatment that she so badly required. After facing many closed doors and failed attempts, Aslam finally learned about the work that the Patients’ Aid Foundation (PAF) has done at JPMC. With the help and support provided by the Patients’ Aid Foundation (PAF), a 13 bedded TB isolation ward for complicated TB cases and other lung related issues has been introduced at Jinnah Post-graduate medical center (JPMC).
Marium was soon shifted to one of the isolation rooms of this ward where she was accommodated and made comfortable. Her treatment was started and the doctors ruled out any other condition by running some prescribed tests such as ECHO, CT-Scan, and Ultrasound etc. She also went through a minor procedure for her Left-Sided Pneumothorax and was provided with an oxygen cylinder to assist her in breathing more comfortably. Her stay lasted for 13 days.
Mariam’s family was so grateful for this service provided by the Patients’ Aid Foundation (PAF) at JPMC. Her father was extremely thankful of how accommodating the staff was and the way they took care of his daughter and also ran various diagnostic tests which he would not have been able to afford if it weren’t for the support provided by the Patients’ Aid Foundation (PAF).
‘’I am happy to feel better, I don’t have trouble breathing and I don’t feel pain in my chest anymore. I feel like a normal and healthy kid. I am very excited to return home so I can see my mother, play with my siblings and join back school.’’ – Marium.
Marium is now almost down to the finish line on the road to recovery. She bounced back in no time and is more than ready to be back home, go back to school and go back to being her usual playful and cheery self. 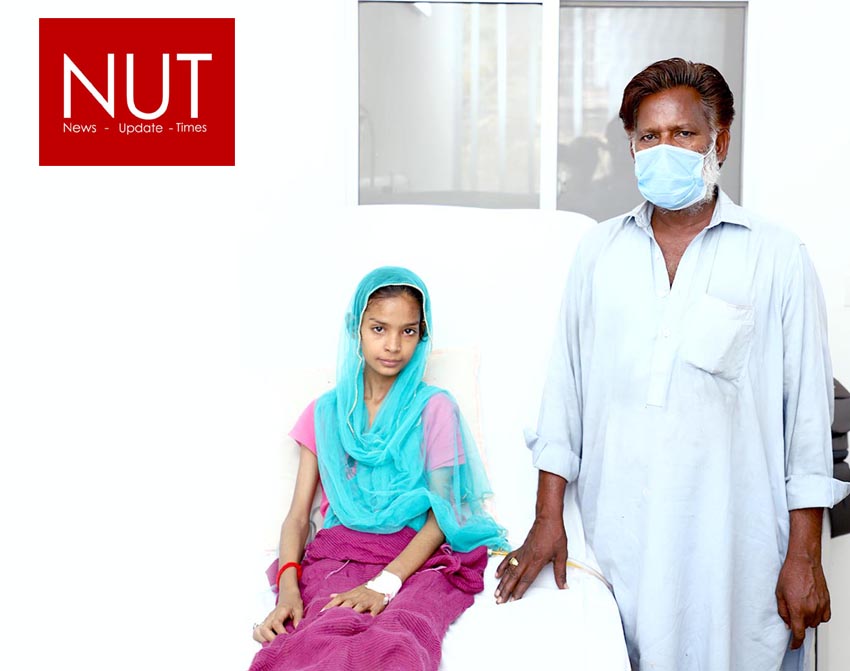