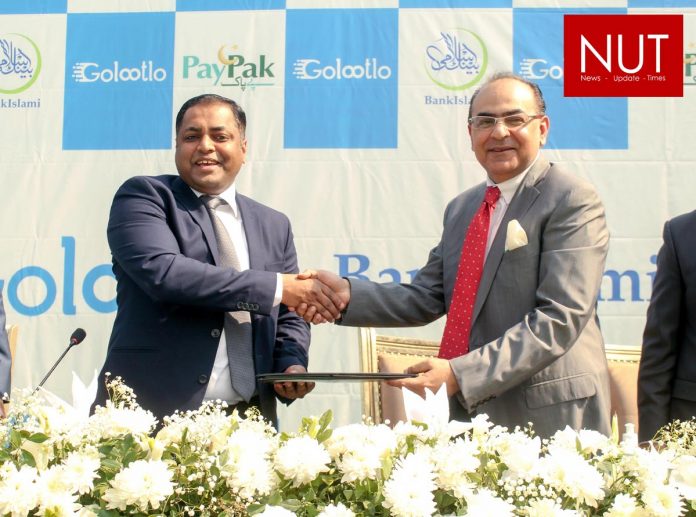 Customers with PayPak EMV Debit Cards issued by BankIslami will now be able to swipe their cards and avail a range of discounts at more than 18,000 merchants. Through these transactions, customers will also be entered into lucky draws and get a chance to win numerous prizes including PSL Tickets, cars, mobile phones and much more.

Commenting on the partnership, Mr. Fahad Mehmood said, “Golootlo is Pakistan’s largest merchant and consumer engagement platform with discounts at over 18,000 merchants across various categories. We’re committed to growing the Golootlo ecosystem and this partnership with BankIslami, one of Pakistan’s top banks is a major milestone in that regard. Thanks to this strategic alliance, BankIslami customers will be able to take advantage of Golootlo’s discount offerings directly through their debit cards.

Speaking at the occasion, BankIslami’s President and CEO, Syed Amir Ali, stated; “With this partnership, BankIslami focuses on offering customers the most lucrative, Shariah-compliant services through digitally-enabled tools in consumer banking to increase value propositions.”

Mr.  Najeeb Agrawalla, CEO 1LINK commented “PayPak is one of the catalyst forces that is playing an instrumental role in furthering the agenda of digitizing the domestic payments landscape of Pakistan and PayPak Loyalty Program is launched to enhance the value offering to cardholders to make it their card of choice. We congratulate BankIslami on this partnership and are confident that their customers will enjoy the benefits being offered.”

Golootlo has been dedicated to forming alliances with all major banks and Telco’s of Pakistan in an effort to catalyze Pakistan’s digital financial revolution. And with the support of BankIslami, one of the nation’s leading Islamic banks with 340+ branches in more than 123 cities, Golootlo is one step closer towards that goal.