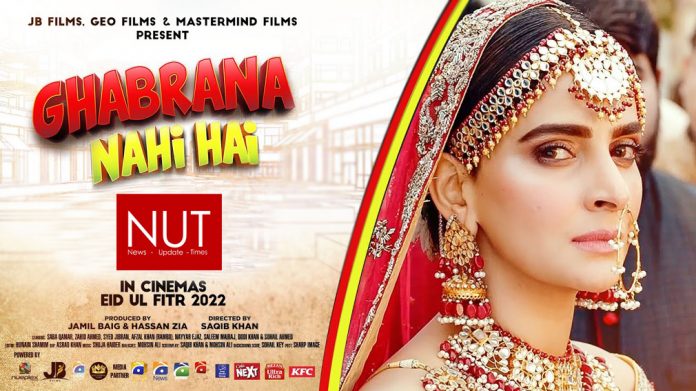 Lahore (Muhammad Yasir) Leading film production house JB Films officially launched its trailer for the star-studded film ‘Ghabrana Nahi Hai’. The trailer unravels much more about the storyline than the previous teaser which was released in December 2021. As seen in the official clip, several characters have their own unique identity but are essential to the plot. The film in itself features renowned superstars including Saba Qamar, Zahid Ahmed, Syed Jibran, Sohail Ahmed, Nayyer Ejaz, Afzal Khan Rambo, and Saleem Mairaj amongst an array of other esteemed actors. The film is directed by Saqib Khan, produced by Jamil Baig & Hassan Zia while the storyline was developed by Hassan Zia, Saqib Khan, and Mohsin Ali. The official trailer was released at 6pm on the 12th of March 2022.

The trailer of ‘Ghabrana Nahi Hai’ starts with a bustling wedding scene with Saba Qamar narrating in the background. It seems that her character will be the lead of the show. The scene cuts to Zahid Ahmed who is later revealed to be a police officer. Of course, no storyline is complete without an antagonist as Nayyer Ejaz plays the gangster villain who everyone is afraid of. Adding a bit of comedy to the love triangle between Saba Qamar and Zahid Ahmed, Syed Jibran appears to be the hopeless romantic who also pursues the leading lady in whatever way he can.

The highly anticipated film has already gauged the attention of audiences nationwide and seeing the characters in action further sparked curiosity across the board. The storyline further emphasizes how the narrative can be perceived in multiple genres including a mix of drama, comedy, and thrill with a side of the ultimate battle between right vs wrong. Several ups and downs can be presumed due to certain clashes in personality but the full story can only be known when the film is out.

‘Ghabrana Nahi Hai’ would mark JB Films’ first-ever feature film production and it already holds a lot of promise with a fun-filled storyline alongside elements of drama, action, and comedy. Several renowned celebrities have already expressed their excitement for the upcoming movie and fans have been quite vocal about their anticipation as well. The film will officially be released nationwide in cinemas theatre on Eid ul Fitr 2022. 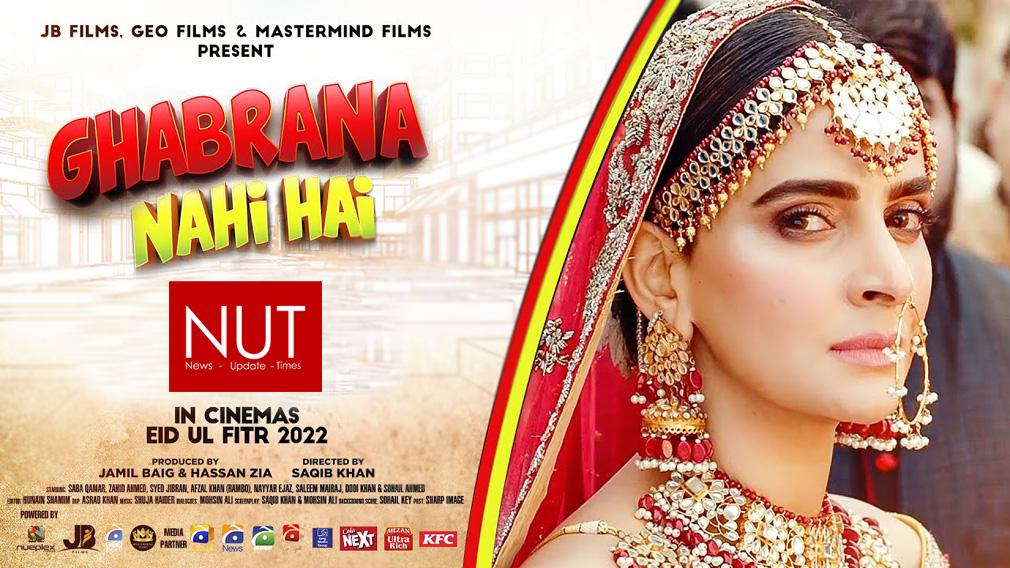