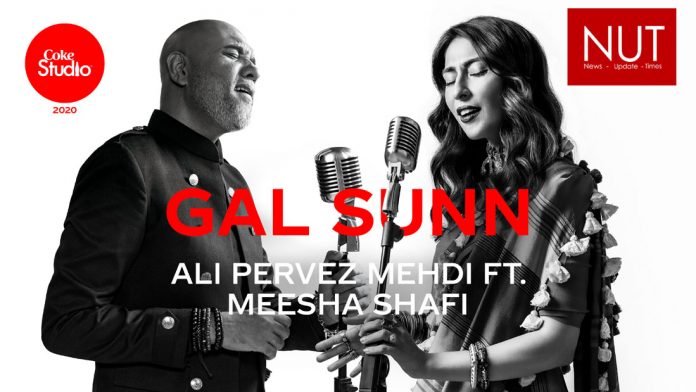 Gal Sunn – Dhola, I miss you

This Punjabi folk song was co-written by lead singer Ali Pervez Mehdi and his brother Ahsan Pervez Mehdi, sons of the late renowned Ghazal singer Ustad Pervez Mehdi. Brought in as a demo by Zain Ali, a musician also part of Coke Studio season 12’s house-band, the song is a catchy, upbeat folk song with a contemporary funk element. “This is an incredibly energetic song; it’s a beautiful song with all the dance vibes. It’s groovy, it’s funky, and I love this style of music,” said Ali Pervez Mehdi.

Funk is a genre of music that originated in the African-American communities back in the 60s. And like much other African-inspired music, funk typically consists of a complex groove with rhythm instruments playing interlocking grooves that create a toe-tapping and danceable feel. In this particular track, along with a groovy bass line, a few Serbianbrass players have also been incorporated playing the trumpet, tenor saxophone and trombone enhancing the funk feel to this desi melody.

Mehdi said, “I actually dance to this song, the groove is amazing. I believe if I’m not enjoying the song, then no one else will enjoy it either. It is a fun song and I would love to see people dancing to it!”

The song represents the longing between lovers and consists of Mehdi repeatedly calling out to his beloved who he lovingly refers to as “Dhola Dhola/Sweetheart, Sweetheart”.  The funk element is brought about using brass instrumentation while retaining the essence of folk. The backing vocals are used throughout the song as an instrument providing vocal flavors to the funk groove.  In the middle of the song, rhyming poetry, called dohra is written by Punjabi poet Manzoor Jhalla which further accentuates the song’s message giving it a spiritual/Sufi perspective through the analogy of separation between a lover and his beloved,

Listen to me, please listen to me now, sweetheart

There is nothing that is concealed from you

This long wait for you has killed me

Beloved, come to me, please!

In the song, while Mehdi longingly calls out to his ‘sweetheart’, Meesha Shafi’s voice responds with the female counter narrative saying that indeed she is listening and God is witness to the love she has for him. Meesha’s part is written by Asim Raza and composed by Zara Madani. This narrative is one of the girls telling the boy her side of the love-story. Talking about the song, Shafi said, “This song has a lovely flirtatious vibe.”

These words that you speak from your heart

Are words that I listen to with all my heart

I love you just as much now as I did before

Don’t allow my compulsions to let you doubt my feelings

Talking about the song lyrics, Mehdi said, “In these times, going through [with Covid19], I wanted people to listen to something positive and fun. That is why I created this song.” Adding that the song gave him hope, Mehdi said, “I dance to it and I want everyone else to dance to it too. I truly believe that God willing, everything is going to be okay very soon.”

Gal Sunn has been performed by Ali Pervez Mehdi and Meesha Shafi , and is produced by Rohail Hyatt. From the Serbian brass band, the trumpet is played by Marko Djordjević, on the trombone is Kosta Vukaąinović and on the tenor saxophone is Ljumbomir Turajlija. Producer Rohail Hyatt himself, along with Goran Antović, are on keyboards, on electric guitar is Asad Ahmed and Serbian musician Goran Antović. Turkish musician Volkan Öktem is on the drums, Kamran ‘Mannu’ Zafar on bass guitar, Shehroze Hussain playing the sitar, Nawazish Nasri on rabab, Abier ‘Veeru’ Shan playing percussions and Babar Khanna on eastern percussions. The backing vocals are given by Kumail Jaffery, Nimra Rafiq, Shahab Hussain and Wajiha Naqvi.

I was first introduced to Gal Sunn and Ali Pervez by Zain Ali who shared a demo with me that he had made. I loved both from the word go, especially how Zain had treated the song. The song has gone through quite a few changes since then, but the DNA of the track is still from Zain’s lovely demo. In trying to understand the complexities of eastern music, I’ve come to realise that a lot of times why fusion music doesn’t work is because it can significantly change or ‘distort’ the essence of the original intention behind the melody. For instance, sad can turn happy and happy can become something else simply because of the selection of ‘chords’ behind a melody. Eastern music relies on melodic nuances that touch certain notes or frequencies and these can cause a ‘clash’ if used with standard chords. Gal Sunn is a good example of such a melody. It touches so many ‘added’ notes that avoiding these potential ‘clashes’ became a bit like walking through a landmine. Therefore in retaining the spirit of eastern music, I have tried my best to stay clear of these and that’s why the song ‘sounds’ a certain way.

The very talented Ali Parveiz is a master vocalist and an amazing person. The ease with which he delivers his vocals and the command he has over these eastern notes and nuances are a pure pleasure to experience.

As with most Sufi music, there are deeper messages within what seems like a love story of the younger years. Gal Sunn represents this allegorical nature. Again, I felt this song could do with a reply from the other side and so we set out to make a counter-melody and find a performer for this. Zara Madani came up with the catchy melody that Meesha Shafi has sung so effortlessly. Meesha liked the song instantly and related to the emotion. She completes the song rather well in my opinion. She and Ali make a lovely singing pair.

The opening and the mid break from where Meesha kicks in are musical passages that are cyclic in nature and tend to indicate the lower cycle of rhythm playing behind the surface rhythm. All 3 songs being released this week feature these lower cycle rhythm departures. 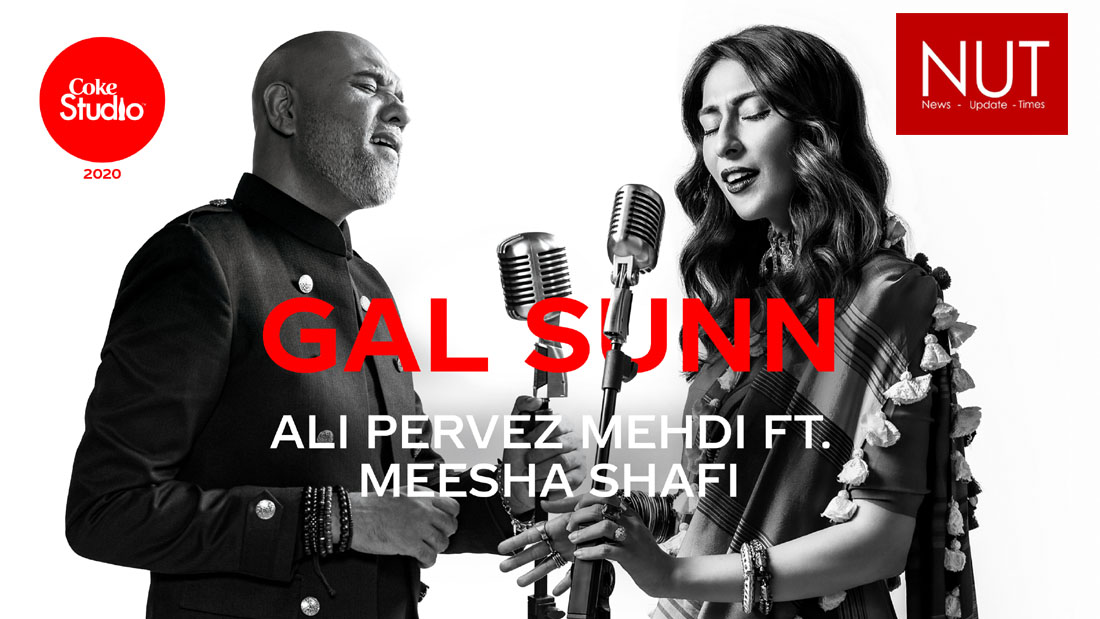 Do keep posting your thoughts in the comments section.

It’s great to hear from you.