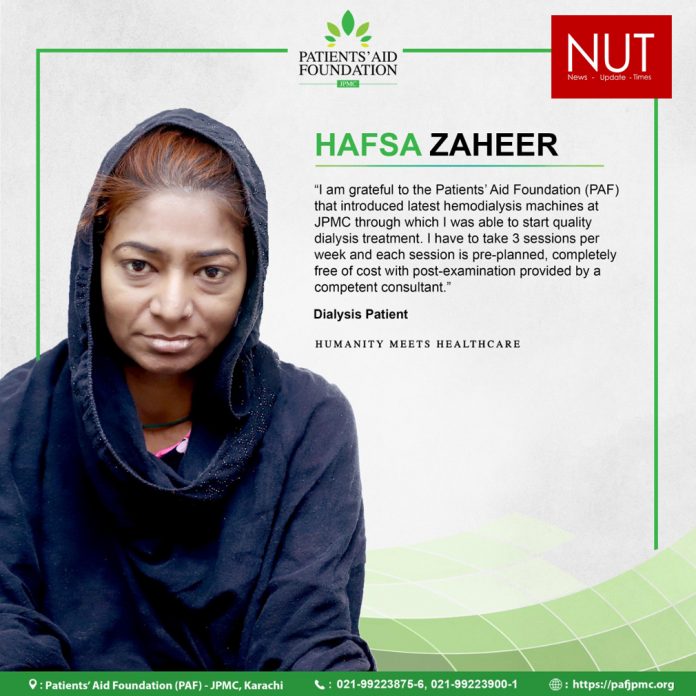 Lahore (Muhammad Yasir)  Pakistan ranks at the 8th place in the list of countries that have a high rate of kidney diseases. Millions of people in the country are suffering from various kidney related issues. The prevalence is higher in the less privileged as there is an unavailability of clean drinking water, proper hygienic conditions, sanitation processes, and most importantly, a healthy diet. Furthermore, increased consumption of tobacco and smokeless tobacco within the lower income groupshave become leading factors contributing to poor kidney health.

Kidney Failure is an alarming condition occurring when the kidney starts to lose its ability to function normally. A widely used instant and effective solution to kidney failure is Hemodialysis.Hemodialysis is a procedure where a dialysis machine and a special filter, known as the ‘artificial kidney’ or a dialyzer, is used to clean the blood. Excess water and toxins from the blood are removed in this procedure to help the kidney function better.

HafsaZaheer is a 30-year-old woman who dwells in the area of Korangi in Karachi, Pakistan. She suffers from acute kidney failure since the year 2019, her kidneys have lost 95% of their function and she has been on hemodialysis treatment ever since.

Hafsais not academically educated as her parents has always been struggling to make ends meet and they have only been able to afford basic survival of their children. Her familyhas a total of ten members, five sisters, three brothers, and herparents. Her family goes through many rough patches financially due to the great number of dependents and mental disability of two brothers.

Due to the shortage of income and financial inability to raise all the children on their own,with a heavy heart, Hafsa’sparents asked her uncle to adopt her. Her uncle does not have a family of his own so he agreed to raise her as his own daughter. She was happy living a stable and secure life with her uncle who used to earn 30,000 rupees per month.

Hafsa’s world came crashing down when her uncle met with an accident in which he lost one of his leg.After his accident, he lost his job due to this physical disability. After months of job hunting, he managed to become a helper in a shop, earning a minimal amount of 9,000 rupees per month.

Hafsa’sstruggles continued; her mental and physical distress were worsened when she got diagnosed with acute kidney failure. In the beginning of 2019, she collapsed due to sharp pain in her kidneys, upon examination it was revealed that her kidneys have lost 95% of their function. The doctor suggested that she would require regular dialysis treatment, 3 sessions per week.

Her uncle was very worried as the approximate cost of 1 hemodialysis session alone is a lot more than what her uncle used to earn now. He desperately started looking for options to help his adopted daughter, who he has loved and raised as his own. After some research, he came across the free hemodialysis treatment at JPMC that has been set up by the Patients’ Aid Foundation (PAF).

The Patients’ Aid Foundation (PAF) has installed 19 of the latest hemodialysis machines along with 2 RO plants and OPD for various kinds of kidney diseases. Hafsais pleased with the facility and described it as state-of-the-art, well-constructed, extremely hygienic, and expansive. She further added that the staff is very cooperative and makes the patients feel comfortable. They also maintain a proper record of cases and initiate follow-up calls before every appointment as told by Hafsa.

“I am grateful to the Patients’ Aid Foundation (PAF) that introduced the latest hemodialysis machines at JPMC through which I was able to start quality dialysis treatment. I have to take 3 sessions per week and each session is pre-planned, completely free of cost with post-examination provided by a competent consultant.” – HafsaZaheer 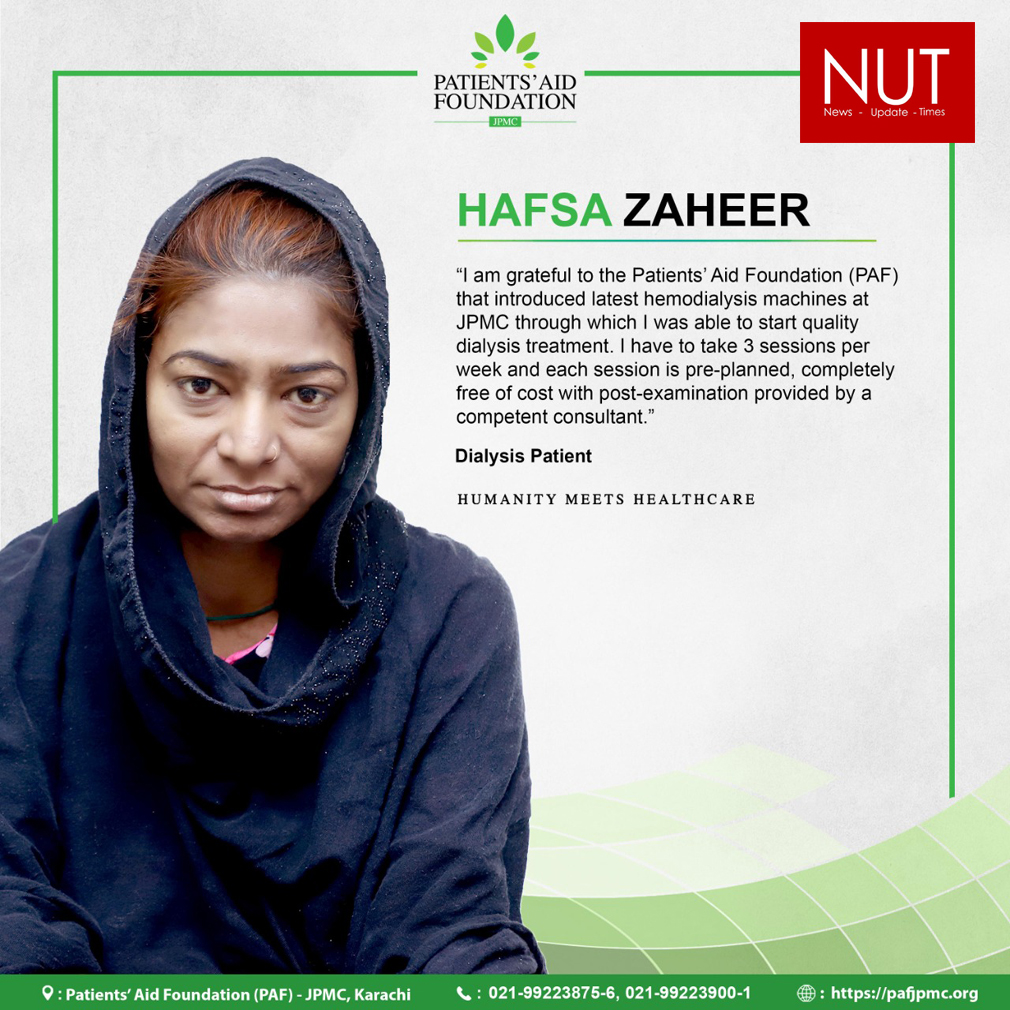