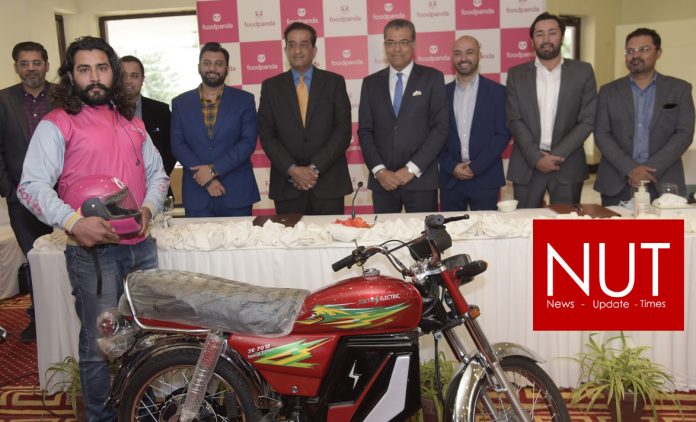 Lahore (Muhammad Yasir) foodpanda, one of the leading e-commerce companies in Pakistan, today became the first e-commerce player in Pakistan to launch e-bikes on its platform for delivery riders. As part of the ground-breaking initiative, which is being undertaken in collaboration with the Federal Ministry of Climate Change, foodpanda handed over the first set of e-bikes to its riders in a ceremony held in Islamabad – which was attended by Malik Amin Aslam – Special Assistant to the Prime Minister on Climate Change.

The initiative reaffirms foodpanda’s pledge to work towards environmental sustainability. foodpanda has partnered with Jolta Electric to scale e-bikes on its platform and will also explore financing opportunities with different banks to support its riders.

Malik Amin Aslam, Special Assistant to the Prime Minister on Climate Change while speaking at the occasion said, “This partnership is geared towards fostering a culture of environmental wellbeing, in line with Prime Minister’s Clean Green Pakistan Initiative. As the number of delivery riders have significantly gone up, this is going to be the first of its kind practical action. Needless to say, it is a collective action approach and will pave the way for other players to take this as an example and follow suit.”

While sharing his views, Muntaqa Peracha, Interim CEO at foodpanda said, “Launching e-bikes is in line with our core philosophy of embedding technology into our business and aimed at defining a direction for the future. foodpanda is today a household name and has over the years become an integral part of people’s lives through its value-added offerings. This is reason enough for us to stay one step ahead and demonstrate our commitment to climate action at a time when there is a great urgency to act.”

In December last year, foodpanda and the Ministry of Climate Change pledged to work together for launching and accelerating efforts to protect the environment. foodpanda recognizes that climate change is one of our greatest challenges which requires immediate action. Partnerships like these and other initiatives are small steps in the right direction to mitigate the impact of climate change. 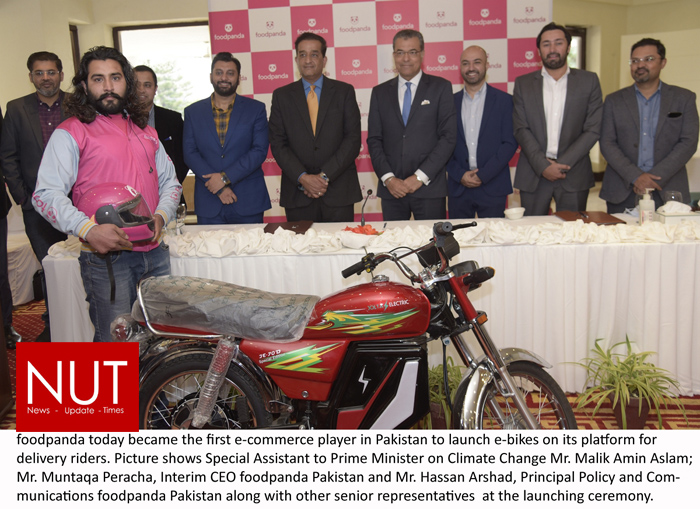