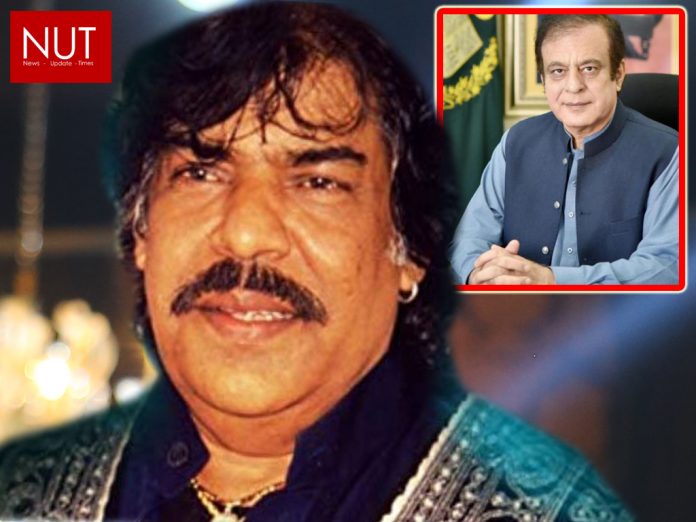 NUT (Web Desk) He was struggling to bounce back to health as his son Ameer Shaukat Ali said that his father’s condition was very critical.The singer was said to be facing issues with his liver which was deteriorating his health. He added that doctors were on the brink of giving up. Now, he is not more with us. The Ghazal maestro was one of the most prolific artists of the Pakistani music industry, with a singing career spanning five decades.

Senior leader of Pakistan Tehreek-e-Insaf Senator Shibli Faraz Friday expressed deep grief and sorrow over the sad demise of veteran folk singer Shaukat Ali. In a condolence message, he said every Pakistani was deeply saddened on the demise of Shaukat Ali, an artist who awakened the spirit of patriotism among the people with his voice. He said Shaukat Ali, who sang songs with the spirit of patriotism, played a historic role in the wars of defense of Pakistan with exciting national anthems. Shibli said today, the nation had lost a melodious sound of folk music. Shaukat Ali’s singing reflected regional music and represented sentiments of the middle class, Shibli remarked.