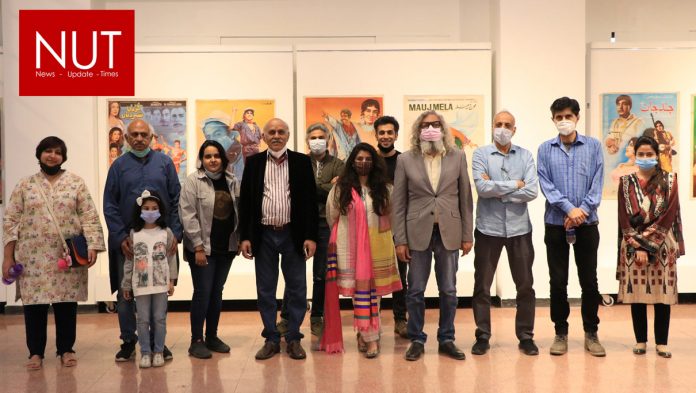 Lahore (Qasim Ali) In an effort to highlight the rich legacy and historical perspective of Pakistan film Industry, a unique exhibition comprising a series of Punjabi Film posters is getting concentration of the film & cinema students. The exhibition has been arranged by school of Culture and Language (SCL) and school of Digital and Cinematic Art (SDCA) at the main gallery of Institute of Art and Culture (IAC), Raiwind Road, Lahore.

IAC professor Zafar Iqbal inaugurated the exhibition, which consists of a variety of posters including handmade pieces and digital Punjabi Films posters produced from the era of 1935-2000 in the subcontinent. Posters put up and stuck to the walls of the cities in Ind-Pak region that invariably announced the arrival of a new film were a glimpse to the roots from where Punjabi cinema first started.

The exhibition has been curated by Ms. Kainat Thebo (lecturer, IAC). In the opening ceremony while talking to the viewers, she shared that the exhibition is a walk through time and history to realise that these posters are not just a piece of old papers but visuals that offer you a glimpse at the history of Punjabi films.

The exhibition not only included a display of posters but was started by a short documentary by Prof Qaisar Iqbal (Assistant Professor, IAC) that gave an overview of the history of Punjabi films in general.

The first Punjabi film screened on March 29th, 1935, titled “Ishq e Punjab/ Mirza Sahiban” was the first step to establishing a culture of modernity as well as showcasing our culture to the general public.

Thirty four (34) Punjabi films were produced from 1935 to 1947 in Kolkata, Bombay and Lahore. After partition, three thousand, five hundred and ninety two (3592) Punjabi films hit the cinema screens from 1948-2000 in Pakistan and India.

Prof Qaisar Iqbal was also invited to give a talk on Punjabi films and the language of Punjab and how its losing its identity overtime. Prof Qaiser Iqbal shared that the number of Punjabi films produced in Pakistan is second largest after Urdu and they have provided entertainment to a large population of the country from the decades. Filmmakers have used the soulful folk music tunes and poetry to enrich their productions and audiences have loved it also.

This was followed by a talk by Prof. Mushtaq Soofi (Professor, IAC) who gave an insight to the history and importance of Punjabi Language through the medium of film. Prof. Mushtaq Soofi said that film is among the most valuable medium of entertainment and communication and Punjabi films have played a significant role in projection of the culture of Punjab through quality films produced in earlier decades after creation of Pakistan.

Mr. Ali Ijaz (Lecturer, IAC) from the film department gave a talk on how visuals impact social, and political movements and could be a revolutionary tool in our society.

Students present in the exhibition took great interest in learning about the history of films and art of film posters making which now have been completely digitized after the evolution of modern technology. 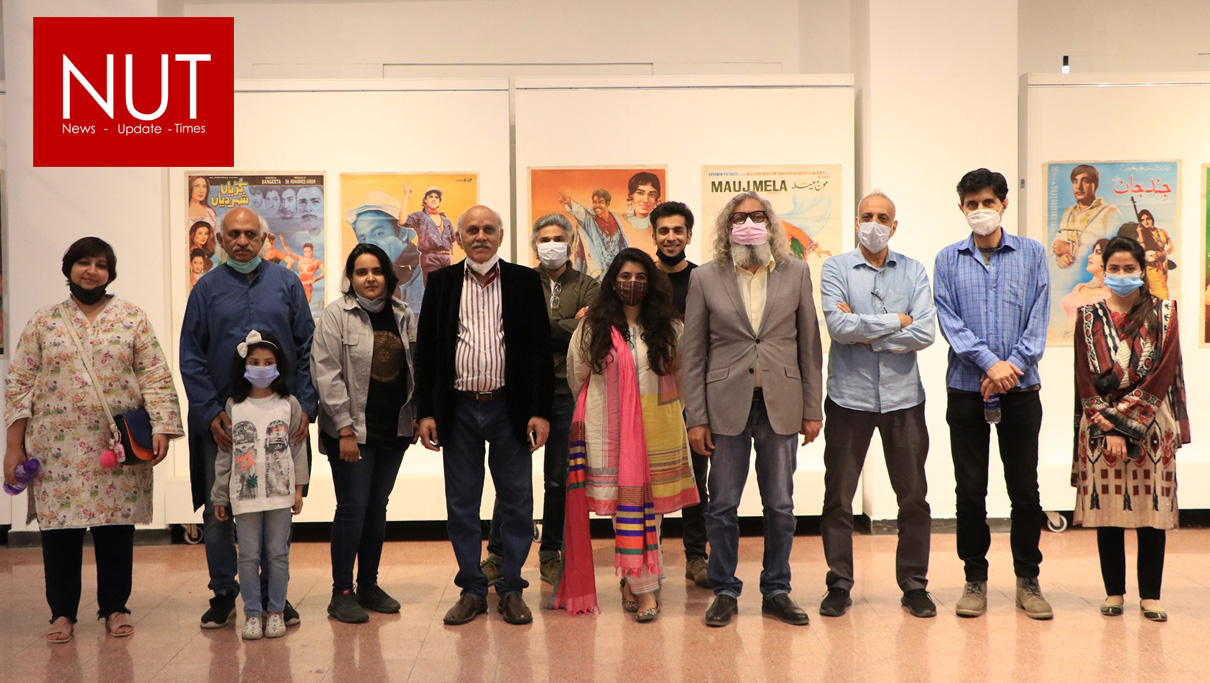 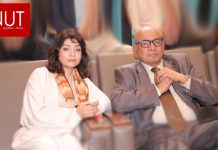