Lahore police arrested an associate of the female Tiktoker and victim in Minar-e-Pakistan harassment incident, Rambo, and seven others after a blackmailing complaint was filed with the police

According to Punjab’s investigation police, seven people including Amir Sohail aka Rambo have been arrested during separate raids in Lahore. The police also conducted a raid to arrest an accomplice of Rambo, Badshah, in Rawalpindi, however, he fled before the raid. 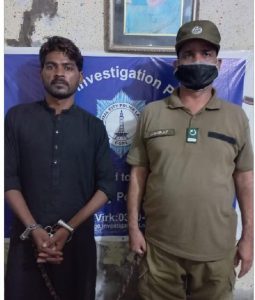 Earlier in the day, a female TikToker who was allegedly manhandled and harassed at Minar-e-Pakistan on Independence Day has blamed her associate, Rambo, for the entire episode at the Greater Iqbal Park in Lahore.

In a written statement submitted to DIG Investigations, Ayesha Akram said that it was Rambo, her associate, who made the plan to visit Greater Iqbal Park on Independence Day, which later led to the horrific incident.

“Rambo used to blackmail me using some of my obscene videos he possessed,” she said adding that he had so far received Rs1 million from her through blackmailing tactics besides also regularly receiving half of her salary.

The female Tiktoker further alleged that Rambo used to run a TikTok gang along with his associate named Badshah.

On August 14, the woman TikToker was assaulted and harassed at Minar-e-Pakistan by a mob of nearly 400 men. The incident came to light weeks later after videos of the horrific episode went viral on social media, forcing the authorities to launch a crackdown against all those involved in it.

Police arrested multiple people while using CCTV footage and other technology and during an identification parade, the female TikToker had identified at least six suspects during the process.