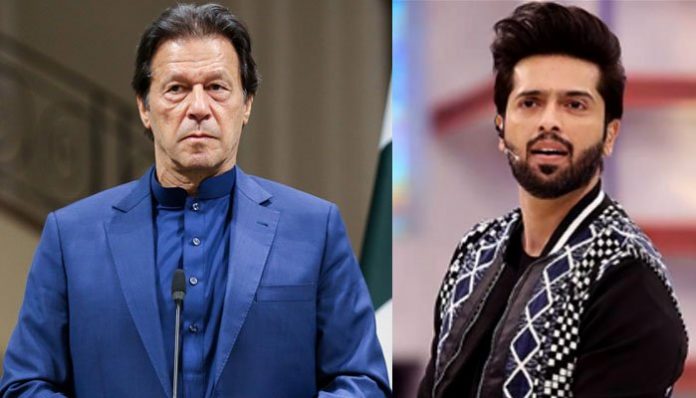 Actor Fahad Mustafa is asking Pakistanis to brace themselves up amid the ongoing inflation. The actor turned to his Twitter and shared a note referring to the hike in the prices of petrol in the country.

“If he wanted, he could have raised the prices by Rs.20, but for his people, he only increased them by Rs.10.49. An exemplary leader,”  read Fahad’s post in Urdu. 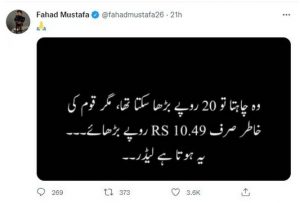 Responding the post, a fan quoted PM Imran Khan’s signature catchphrase “Ghabrana Nahien Hai” and asked the JPNA 2 star if they can finally star to get worried in between the price rise?

Fahad’s post comes after the PTI-led government jacked up the petrol prices on Saturday, October 15.