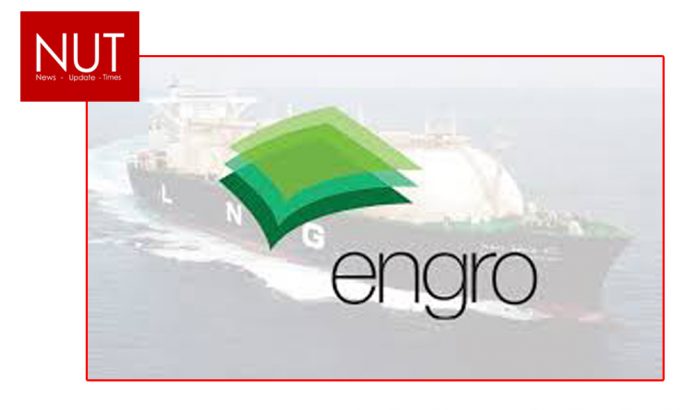 Karachi (Muhammad Yasir) The first Liquified Natural Gas (LNG) terminal of Pakistan operated by Engro Elengy Terminal (EETL), a joint venture between Engro Corporation and Royal Vopak of the Netherlands, has set new industry records during its five years of safe and reliable operations to ensure energy security for Pakistan.

Since the start of its operations in March 2015, EETL has completed the transfer of over 20 million metric tons of LNG by handling over 322 cargoes. This is the highest volume handled by any floating LNG terminal in this time frame. The Terminal has also achieved another milestone through the send-out of more than 1000 billion cubic feet (BCF) of natural gas, equivalent to energy required to generate around 175 million MW. EETL utilizes the floating storage and regasification unit (FSRU) Exquisite, which is co-owned by Excelerate Energy LP (Excelerate) and Nakilat.

Built in a world record time of 332 days, EETL is recognized as one of the fastest built and most utilized regasification terminals in the world. The terminal has a storage capacity of 150,900 cubic meters and peak regasification capacity of up to 690 million cubic feet per day (mmcfd). It currently fulfills as much as 15 percent of Pakistan’s domestic daily natural gas requirements. As a result, more than USD 3 billion of savings have been generated for the national exchequer through import substitution of expensive furnace oil.

Sharing his thoughts on the achievement of new milestones, Ghias Khan – President & CEO of Engro Corporation, said that, “Engro pioneered investment in Pakistan’s LNG terminal sector to help solve one of our most pressing issues of energy shortages. Today, we have put Pakistan on the global map of LNG market and paved the way to attract more investment from new entrants in this sector. EETL is committed to continue to play a pivotal role to meet Pakistan’s growing energy needs by developing the first open access onshore LNG terminal at Port Qasim to ensure long-term energy security for Pakistan.”

Yusuf Siddiqui, CEO of Engro Vopak & Elengy Terminal Ltd, added that, “In partnership with Royal Vopak, we remain committed to deliver on our promise of operational excellence and expansion plans to fuel the country’s economic growth and prosperity.”

Following Economic Coordination Committee’s approval, EETL and its partner Excelerate have secured a larger and more technologically-advanced FSRU Sequoia, which is poised to arrive at Port Qasim in 2021 after all regulatory and SSGC approvals. This will increase the terminal’s capacity by more than 150 mmscfd and storage capacity by more than 25,000 cubic meters to help reduce the gas supply shortfall. As a result, Pakistan can potentially save more than USD 45,000 per day in state-run LNG supply chain costs, with the private sector assuming risks and making investments under a Third-Party Access Framework (TPA). Once the sector opens under the TPA regime, an Onshore LNG asset is the next step towards evolution of the Pakistani gas market. In this regard, Engro and Royal Vopak have already announced a project targeting final investment decision in the next 12 – 14 months. The investment friendly policies of the PTI government will enable investments of up to USD 600 million by Engro and its joint venture partner Royal Vopak in Engro Elengy Terminal and Engro Vopak Terminal.