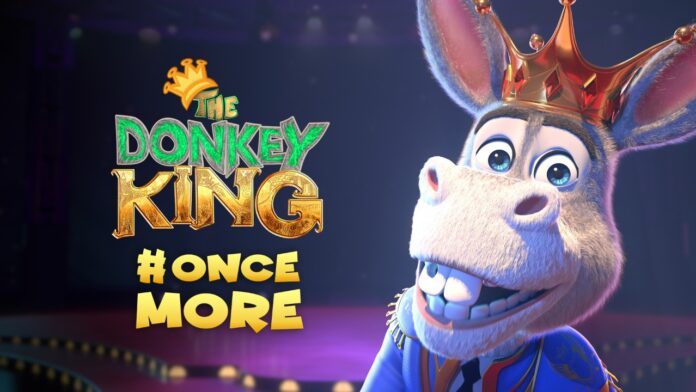 Lahore (Muhammad Yasir) The Donkey King, after making history and breaking viewership records on Pakistani television with its world television premiere last Eid, is set to rule the TV screens once again on the first day of Eid at 10 PM on Geo TV.

According to the TV rating data collected by Kantar Media Pakistan, The Donkey King had recorded the highest ever rating (GRPs) among cable & satellite audiences of all ages & genders during its World TV premiere. The Donkey King dethroned Teefa in Trouble as the highest-rated TV premiere in history. The film got a whopping 36.8 million impressions.

Aziz Jindani, the creator of the hit film, commented on the success and the second time release of the movie on television and said, “The success of The Donkey Film on Geo last Eid pushed us to release it on TV once again this Eid. With cinemas closed, bringing that experience to home for all ages with The Donkey King was the ultimate goal, and we are hoping to do that this Eid as well.”

The Donkey King was released in cinemas in 2018 and has been the only Pakistani film to explore territories around the globe, having been released in different countries in different languages. Setting new benchmarks for the Pakistani film industry, the 1 hour 45 minutes of pure comedy and political satire follows the story of Mangu, a donkey who becomes king by chance. 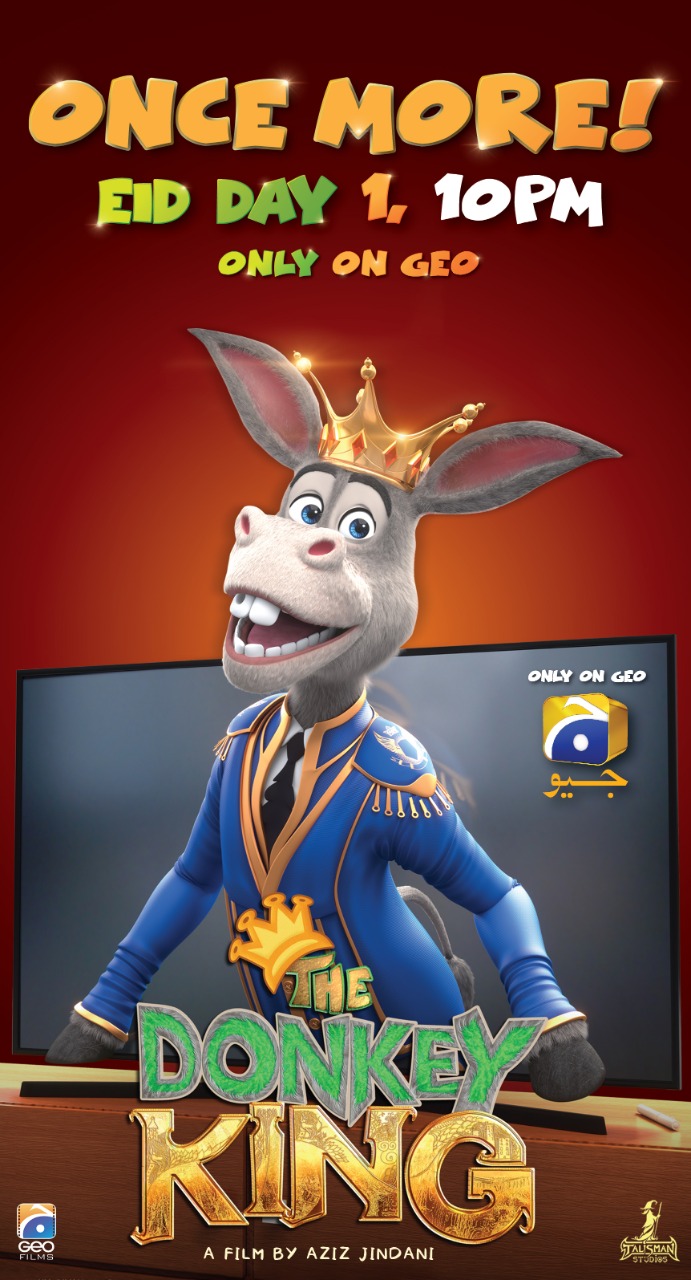 The Drama Thriller “Daal Chaawal” is Out in Cinemas Now

Eshal Fayyaz to Star in Upcoming Film opposite Ahsan Khan and...