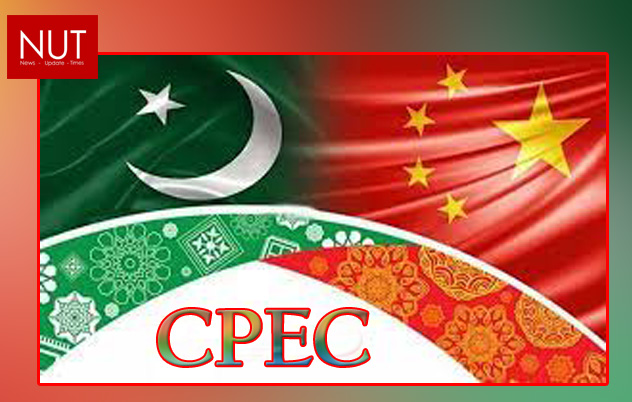 Karachi (Muhammad Yasir) China Pakistan Economic Corridor (CPEC) is the future of Pakistan, which will bring immense strategic benefits to Pakistan but a national consensus and political will is needed to move forward on the account to the next level.

This was stated by Zubair Mahmood Hayat, Former Chairman of the Joint Chiefs of Staff Committee while speaking at the 5th Leaders in Islamabad Business Summit 2022 “Imagineering the future”. The summit was jointly hosted by Nutshell Conferences Group and Martin Dow Group, in strategic partnership with OICCI – Overseas Investors Chamber of Commerce & Industry

He said Pakistan stands among the 20 nations of high significance in the emerging new world with capabilities and vulnerabilities alike however we need to optimize our strength and move ahead in the right direction.

Pakistan needs fundamental correction to stabilize the economy as its strengths and vulnerabilities are known by everyone including the issues of taxes and the role of cartelization in the industries which is hijacking the economic benefits.

Pakistan is a country of 240 million people which is the 5th most populous country, the 4th most intelligent, and the 5th largest English-speaking diaspora having the largest digital connectivity in the land, he said and added. The country has still all fundamentals in place but these have never been put together which is a problem.

Pakistan is among the nine nuclear states in the world which cannot be boxed it has all right to secure its interest in the world mainly on the economic front, he added.

Senator Musadik Malik, Minister of State on Petroleum the development in Pakistan can be seen as a result of imaginations from the future including the building of dams in Pakistan, generation of 11,000 megawatts in Pakistan, the Lady Health Care Program etc.

Pakistan will be a changed country in 2047 with imaginations of the future and its implementation in the country is vital through consistent policies for various sectors to be rolled out without interventions.

The implementation of imagination will commence once we ensure fundamentals to our nation, he remarked. At present, Pakistan’s nation is struggling for getting basic human rights for access to education and health even in 2022, which is being taken for granted in the world.

Air Chief Marshal (Retd) Sohail Aman, Chief Executive Strategic Engagements, Nutshell Group said a few national issues should never be compromised such as the defense system of the country whereas the Charter of Economy is important in Pakistan for stabilizing the economy in the country.

Pakistan has achieved sustainability on various unimaginable fronts including building nuclear missiles and jet fighters which could reflect our potential for the development of critical and sophisticated equipment.

We can produce locally various types of machinery including automobiles and appliances through the transfer of technology, promoting research, and building bridges between industries with academia.