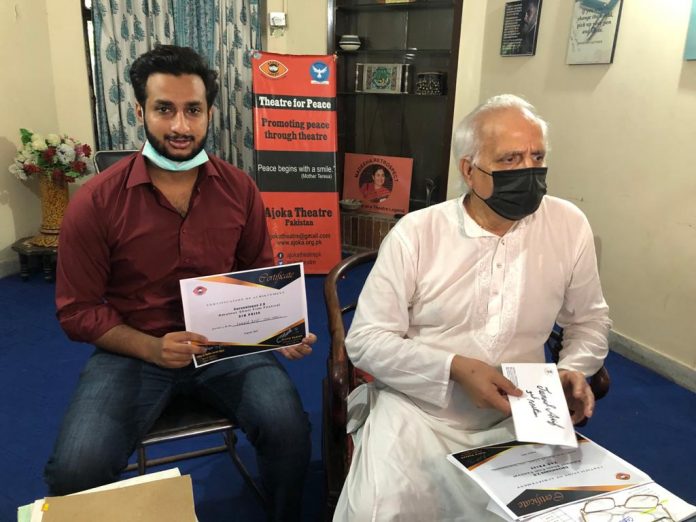 Noted jurist and social activist Justice (rtd) Nasira Javed Iqbal presented the second “Coronologue Awards to the winners of Ajoka’s Coronologue Short Film Festival on 11th August at an online ceremony. The first prize of Rs 75,000 was awarded to Sibte Hassan for his short film “Hero” while Moizah Jilani of Karachi won the second prize of Rs 50,000 for her “Distant Relationship”. The winner of the third prize was Junaid Arif for his short film “ Abbu”. Elsa Shabir(Lahore) and Mahnoor Samad (Peshawar) got special mentions. 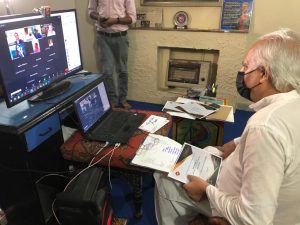 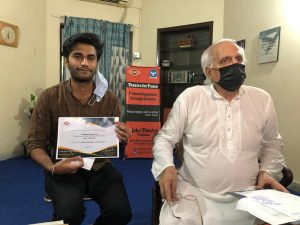 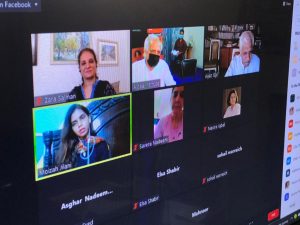 The objective was to encourage innovative artistic responses to the psychological, emotional, social or political impact of the unprecedented pandemic. He hoped that the encouragement will inspire the winners to focus on creative quality work and produce meaningful productions in future.
Ajoka Institute Director Nirvaan Nadeem said that Ajoka is committed to encourage the young talent and provide quality entertainment to audience with meaningful productions. The film produced during the festival carries the same spirit and will be released on Ajoka’s social media channels soon.
The awards ceremony was live-streamed on Facebook . 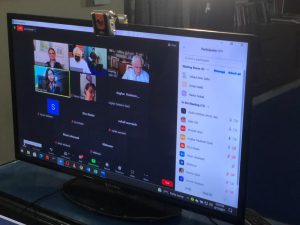