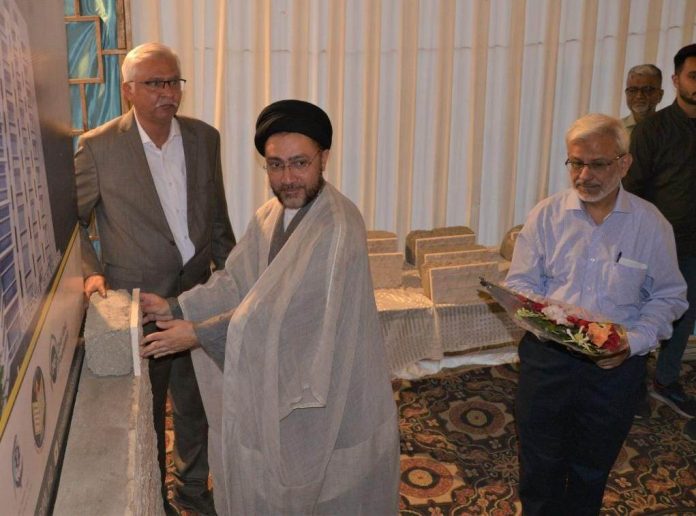 Karachi The groundbreaking of a state-of-the-art medical healthcare facility aimed at providing world-standard treatment services to up to one million deserving patients in a year was performed here in the Gulistan-e-Jauhar area. The non-profit Imamia Medics International (IMI) in partnership with Baqir Health and Educational Welfare Trust and Zaidi Abid Foundation USA has aimed to build the project of University Medical Complex (UMC) in seven years as a modern tertiary care teaching hospital in Karachi that would provide specialised healthcare services in different fields of medicine. The 500-bedded health care facility after its completion will provide free-of-charge modern treatment and hospitalization services to 2,00,000 patients in a year from the deprived communities. The advanced treatment facilities will be extended to another 800,000 patients from middle and lower -income groups at highly subsidized rates. The IMI and its partners require US $ 33 million for the completion of the project whereas charitable donations of Rs one billion are immediately needed to start construction of the UMC. Speaking as the guest of honour at the groundbreaking ceremony, noted religious scholar, Allama Syed Shehanshah Hussain Naqvi, said the construction of the UMC in Karachi was fully in line with the fundamental teachings of Islam that stood for providing quality healthcare services to every suffering patient without any discrimination. He urged the concerned philanthropists from the Muslim community all over the world to come forward and generously donate for ensuring the timely completion of the modern healthcare facility in the city. He said that Islam had always emphasized helping the suffering and ailing humanity on an emergency basis as the affluent people in the society should actively take part in this noble cause. Allama Naqvi also announced a donation of Rs 500,000 for the project. Dr Hssain Mehdi, representing Baqir Health and Educational Welfare Trust, told the audience that the UMC would be the embodiment of the cherished dream of likeminded senior healthcare professionals in Pakistan and abroad who wanted to serve a large number of patients in their native land who couldn’t afford best treatment services as they belonged to the deprived communities. He expressed gratitude to the concerned well-wishers, donors, and philanthropists who had been constantly supporting the proposal of the UMC to the stage that the actual execution of the project had started. Dr Mehdi said that every concerned Pakistani who wanted to see easy availability of modern healthcare facilities all over the country for all the communities without any discrimination should fully own and support the upcoming UMC. Dr Dilbar Saeed, representing the IMI, told the audience that the site of Gulistan-e-Jauhar had been selected for the UMC as this neighbourhood was going to become the centre of the city keeping in view rapid expansion of Karachi as a modern healthcare facility built in this area would be easily accessible by a large number of patients. He said the UMC would operate round-the-clock with emergency treatment facilities for both adult and child patients whereas the upcoming healthcare facility would also give specialised care to cancer patients. Dr Saeed said that a specialised service of the new facility would relate to the health of women and girls which was generally ignored in Pakistan, especially in the rural areas. He informed the audience that UMC would serve as a role model of modern treatment services to be easily replicated in any part of Pakistan by other concerned charities working in the field of medicine. He said the IMI in line with its extensive charitable work continuing in Pakistan for the past 30 years had recently treated thousands of patients in the flood-hit parts of the country without any discrimination. He said that similarly, the UMC would provide all essential basic and specialised healthcare services to patients without any discrimination. Pakistan’s Ambassador-at-large on Investment, Syed Zeeshan Shah, appreciated the construction of the UMC in Karachi while hoping that the upcoming specialised medical facility would transform healthcare services in Pakistan. The Ambassador-at-large announced Rs 5 million donation for the project. Dr Shabih Zaidi, Chancellor of Sadiq International Virtual University UK, appreciated that the UMC would go a long way in serving millions of patients from the underdeveloped parts of Pakistan. Noted Islamic scholar, Allama Razi Jaffer Naqvi, said the brains behind the UMC project were the true and committed followers of Islam as they had embarked upon the mission of serving the ailing humanity without any discrimination. He also announced Rs 500,000 donation for the project. 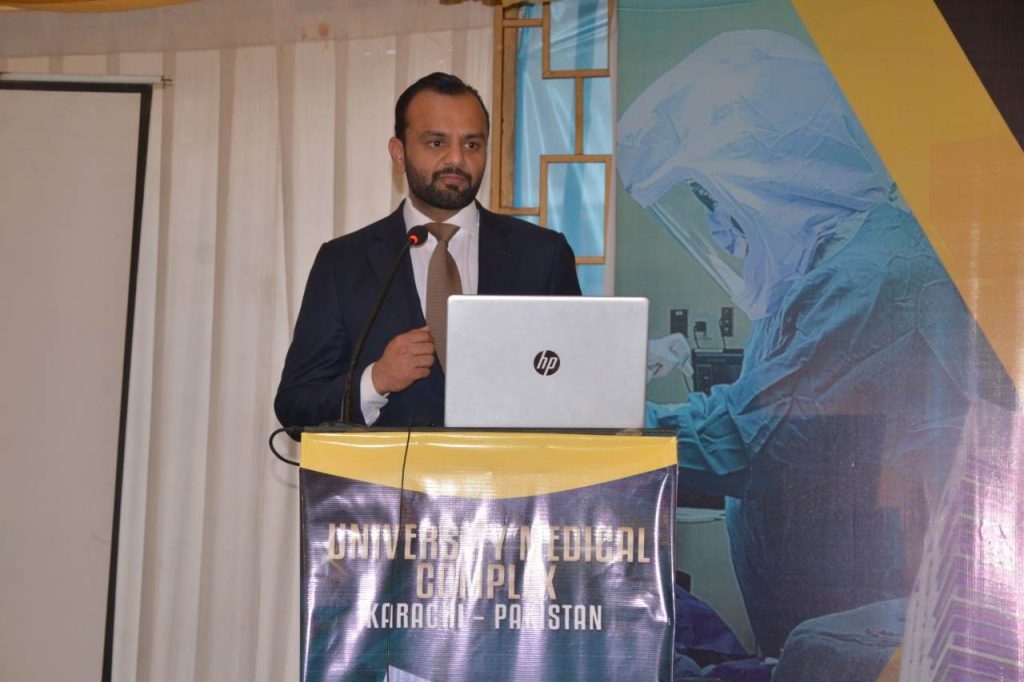 Partnerships in Times of Crisis: Telemedicine providing virtual consultations to patients across...