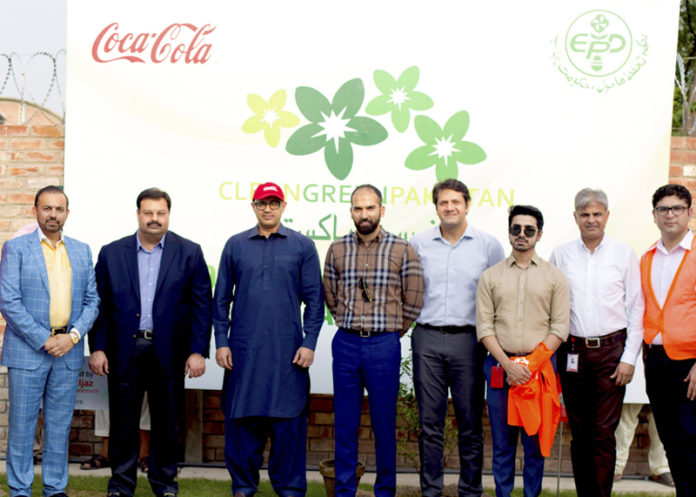 Lahore (Muhmmad Yasir) The Coca-Cola System, in collaboration with the Environment Protection Department Punjab (EPD), announced their support to protect the environment from harmful impact of climate change by planting more trees, the launch ceremony of which was held  on Monday, September 16, 2019, at the Coca-Cola’s Bottling Plant in Lahore operated by Coca-Cola Icecek (CCI) Pakistan.

“Climate change has emerged as a drastic challenge causing environmental degradation that is threatening Pakistan’s ability to conserve its natural resources. It is therefore incumbent upon everyone to support the Government’s Clean and Green Pakistan program and plant more trees to counter deforestation and escalating environmental challenges” said Rizwan U. Khan, General Manager Coca-Cola Pakistan and Afghanistan.

While addressing the ceremony,  Muhammad Rizwan, Minister for Environment Protection Punjab said, “Global warming, ozone depletion and pollution are burning issues. Solution to these problems lies in planting more trees. We greatly appreciate the contributions made by the private sector, especially multinational entities such as the Coca-Cola System, who recognize the need to step forward and play a key role for the greater good of our ecosystem”.

Coca-Cola’s water stewardship programs have replenished 2.74 billion litres of water in 2018-2019 making Pakistan and Afghanistan, the first ever water positive region in the MENA. This essentially means that Coca-Cola is ahead of it’s 2020 global targets for water stewardship in Pakistan. The Coca-Cola System has also achieved remarkably through effective interventions related to water sheds protection and enabling access to clean drinking water for millions of people living in selected areas of Pakistan which also resulted in a significant reduction of water borne diseases in those areas. 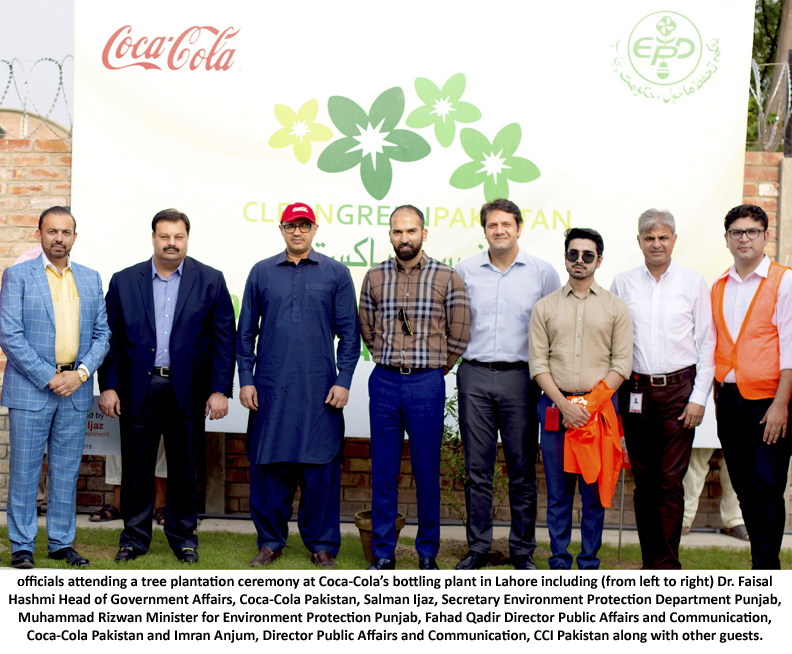 Experts believe that ‘Charter of Economy’ is vital to bolster the...