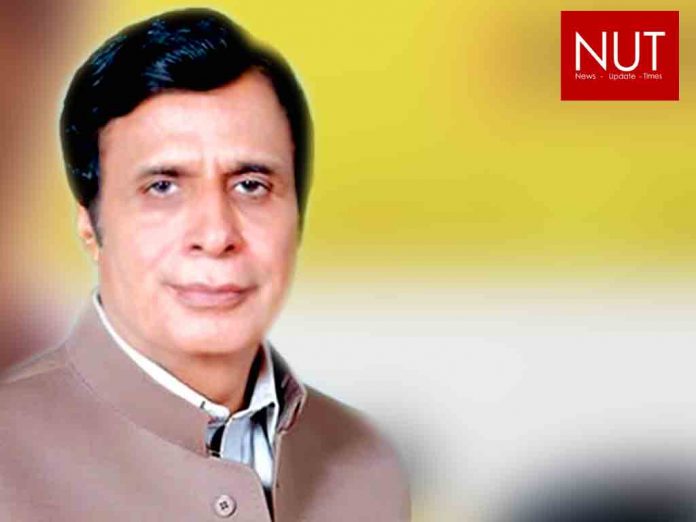 Chief Minister Chaudhry Pervez Elahi sent the RUDA notification to Azam Chaudhry and Rana Mohammad Azim regarding the allotment of land. Development work is already underway at RUDA phase One. Providing a roof for journalists is my top priority. Chaudhry Parvez Elahi said while talking to the delegation. Plots were given to journalists in the previous period too and also fulfilled his promise to give plots to remaining journalist members.

Chaudhary Parvez Elahi said that plots will also be given to Press Club employees and disabled, sick journalists in Journalist Colony Phase 2.

Lahore Press Club President Azam Chaudhary and Secretary General PFUJ Rana Muhammad Azim thanked the Chief Minister Punjab for the notification of 700 kanals of land for Journalist Colony Phase II. They said that Journalists will always remember your kind gesture and it reflects that Chaudhry Parvez Elahi is the benefactor of the entire journalist community. Azam Chaudhary said that CM Punjan has fulfilled the dream of a roof for every journalist. 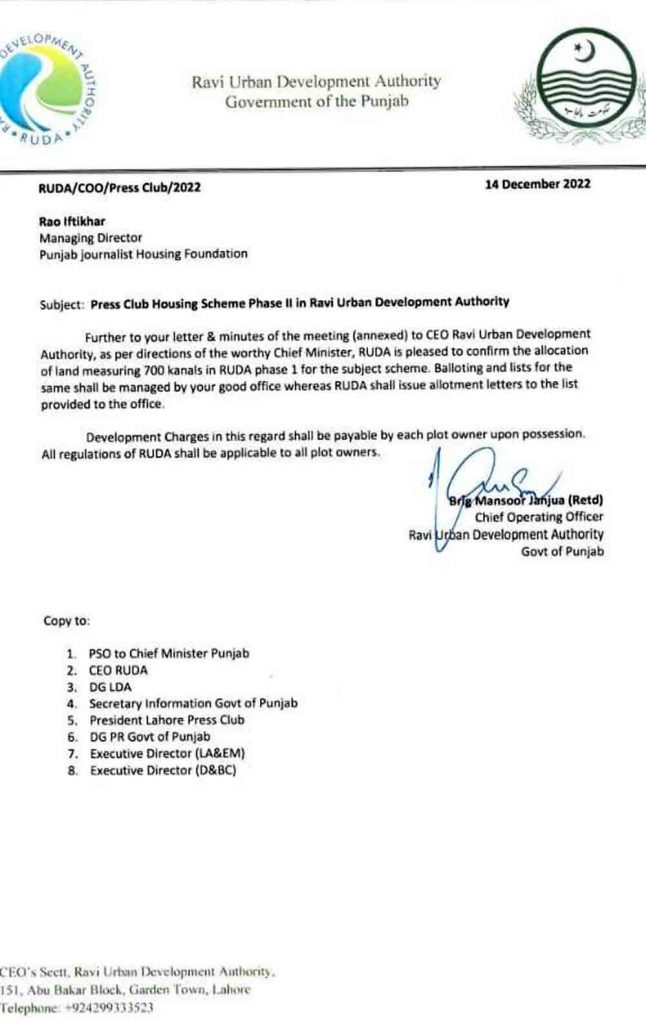