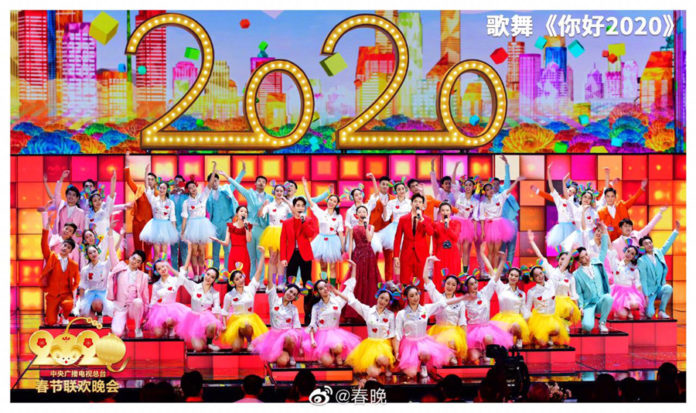 The 2020 Spring Festival Gala, arranged by the China Media group used a number of new technologies such as 5G and drones, made a wonderful appearance,
bringing an audio-visual feast of the fusion of technology and culture to global audiences.

The gala is closely related to the theme of the times and hot social topics. From expressing love for families and hometown, to praising the contribution of people and expressing bless to the motherland, from chasing dreams to praying for happiness, from bright folk songs
to dynamic disco, rich and wonderful programs integrated with tradition and fashion made this gala into a “New Year Eve Cultural Feast”.

In order to fight the epidemic of the new type of coronavirus pneumonia, a scene report program “Love is a Bridge” was specially added on the live broadcast of the Spring Festival Gala to help Wuhan and cheer for China.

This year’s “Spring Festival Gala” stage created a three-dimensional dance beauty for the first time, while using flying screen technology to create a 360-degree surround landscape, bringing the audiences the ultimate experience of “naked eyes 3D” in front of the screen.

In addition to the main venue in Beijing, this year’s “Spring Festival Gala” set up two branch venues in Zhengzhou of Henan Province and Guangdong-Hong Kong-Macao Greater Bay Area in southern China, showing strong regional cultural characteristics. The “Spring Festival Gala” adopts all-media communication methods, and innovatively utilizes the linkage of large and small screens to broadcast live globally. More than 500 media outlets of more than 170 countries and regions, including the United States, Britain, Japan, Russia, Brazil, Singapore, UAE, Malaysia, Thailand, Laos, and movie theaters of more than 20 countries and regions are giving live coverage of the Gala and screening the movie.

The Gala lasted for 260 minutes and included programs such as songs, dances, magic shows, acrobatics, operas, sketches and so on. At the same time, robots and drones also participated in the shooting and production of the programs, realizing VR live broadcast for the first time. This year, CMG will also produce and distribute a live movie
“Spring Festival Gala 2020”. 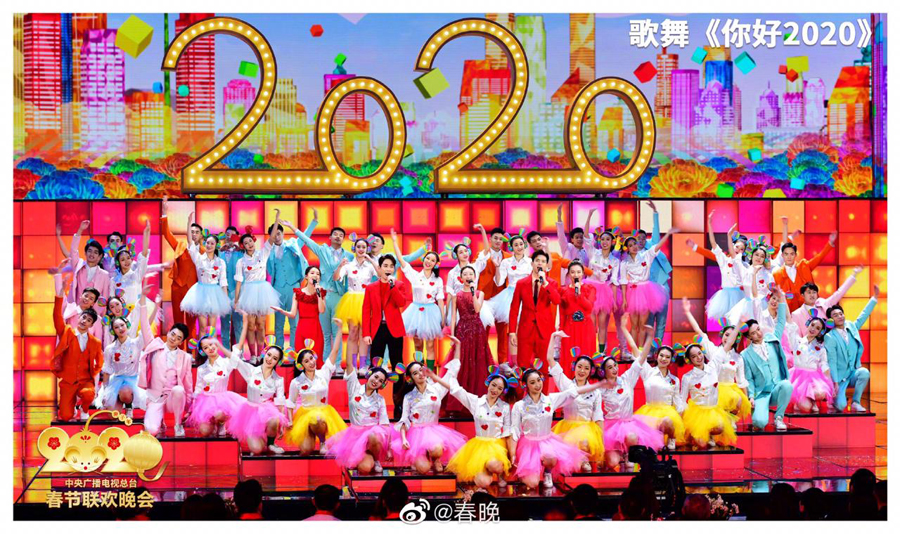