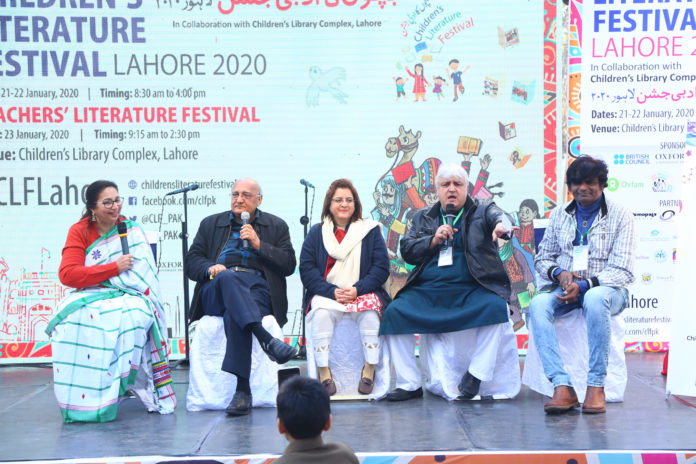 Lahore (Muhammad Yasir) After the two exhilarating days of literature celebrations of Lahore, the 64thChildren’s Literature Festival (CLF) wrapped up at Children’s Library Complex on Wednesday with children’s participation and agency being the most vibrant aspects of the fun-filled event.

The co-hosts, sponsors and partners of CLF Lahore were also pleased to see such a great turnout in the event held in the capital. They all pledged to continue their efforts in improving the means and outcomes of learning for the children.

On the second day, Amjad Islam Amjad visited CLF as a special guest and engaged with the kids on the importance of literature and creative writing. He also distributed his signature pens as a souvenir for young writers and encouraged all the aspirants to use the power of pen to change the world.

Children’s agency remained at full swing at CLF Lahore 2020 as they were at the center of the two-day festivities at the Children’s Library Complex. The literature festival received a huge response from students, teachers and the general public as over 30,000 children attended the event. Schools from distant districts like Kasur, Faislabad, Gujrat and Sheikhupura also participated in the event.

“This is not co-curricular activity but Children’s Literature Festival is Mainstream Curriculum,” said the Minister Food Punjab Sami Ullah Chaudhary, as he heard the young authors and read their writings. This was the best tribute to the Children’s Literature Festival (CLF). He further said that “CLF is indeed mainstream curriculum where reading, creativity, Science, Math, heritage, technology, theatre, music and movement is being promoted for making “Learning” happen. He said ‘when a child learns in this mode, she/he never forgets, the dots begin to connect – the truth begins to illuminate. This is an unforgettable and largest learning event for children that I have ever seen!”

At least 80 sessions were held at CLF Lahore with over 125 resource persons and 36 partner institutions who were a part of the learning activities. Learning was at the heart of the two-day festival, CLF was packed with Augment reality sessions, robotics, pottery making from Harrapa, toy making, Science Fuse, Kitabgari, Alif Laila Book Bus activities, theatre workshops, open mic sessions, Cinema Ghar, Dastan-Goi, puppet shows, book launches, science activities, STEM workshops and experiments and exhibition, panel discussions, history of coins by State Bank of Pakistan and many more activities organized for the children. Child poets from Sanjan Nagar schools impressed the audience with an energetic Moshaira. Moreover, there were insightful and thought provoking panel discussions on topics concerning children’s literature, heritage and child rights.

The second day’s morning session saw the main ground packed with children who were being entertained by non-verbal storytelling session through animations by Fauzia Minallah followed by sing-along session with Khaled Anam, a wonderful puppet show by Rafi Peer that was the main attraction of children and theater workshop by Atif Badar.

Bano Qudsia room had several panel discussions in which one of the session was about Child Protection “Hamari Hifazat Kaun Karay Ga”. During the discussion CLF Ambassador, famous host and panelist of the session Juggun Kazim, ardently stressed on the rising concerns and alarming cases of child abuse and how we all need to knit together against it. There was a unanimous spirit of spreading maximum awareness and fighting this evil to make the society more amicable for our younger generation. CLF Advisor, Rumana Husain had wonderful session on history of Lahore and its heritage, creative writing and also she launched a book named “The Winged One”.

The room titled Karwan-e-Iqbal had sessions through the day varying from storytelling to talks on Truck Art, Craft and Literature and innovative approaches to learn poetry. Suno Kahani Meri Zubaani was also there that was the main attraction to promote Urdu as a language alongside giving children valuable input on morals and ethics. Iqbal Shah from Shaman family of Kailsah joined CLF to narrate stories from the children’s literature from Kailaash.

Faiz Ghar Auditorium had theater performances by Sanjan Nagar School, puppet show by Alif Laila, drum circle, theater performances by kids, theater competition by Khaled Anam. The CLF also gave special tribute to Fehmida Riaz, the poet-author who had been associated with CLF since its inception in 2011 and wrote many beautiful books for children. While in Waris Shah ki Baithak OUP had a full-day activity on the art of bookmaking.

ITA CEO and CLF founder Baela Raza Jamil expressed great delight over the successful event. She said that it is very encouraging to see all these young faces excited to broaden their knowledge. “This is a dream come true that we have managed two amazing days in Lahore. We encourage and celebrate the joy of literacy and welcome anyone with an interest in children’s literature to join us. The festival went really well and I am thankful to all of the sponsors and partners for their support and love,” she added.

With the success of 64th CLF held in Lahore, it has become the largest social movement for children’s learning in Pakistan. Through these interesting and interactive activities, CLF Lahore promoted the ideas of multilingualism, girls’ education, children’s literature, multiculturalism, diversity, sustainable lifestyles, tolerance, and gender equality, among others. Having a nationwide footprint with a reach of over 1.4 million children, CLFs continue to promote a culture of learning, focusing on creativity, imagination and multi-sensory stimulation, and not just on school textbooks, tests and examinations. 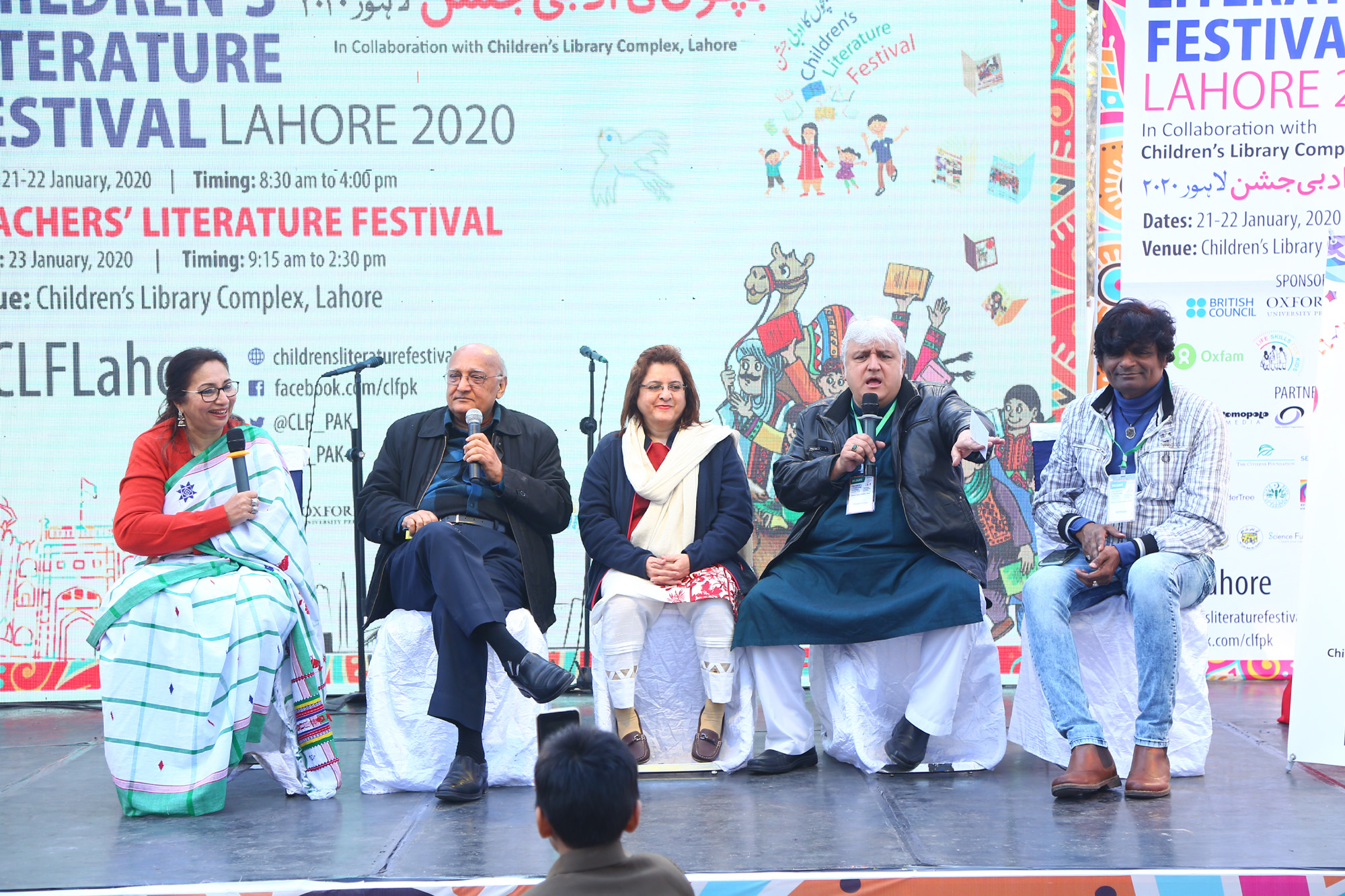 Experts call for increase in budget to ensure free and compulsory...