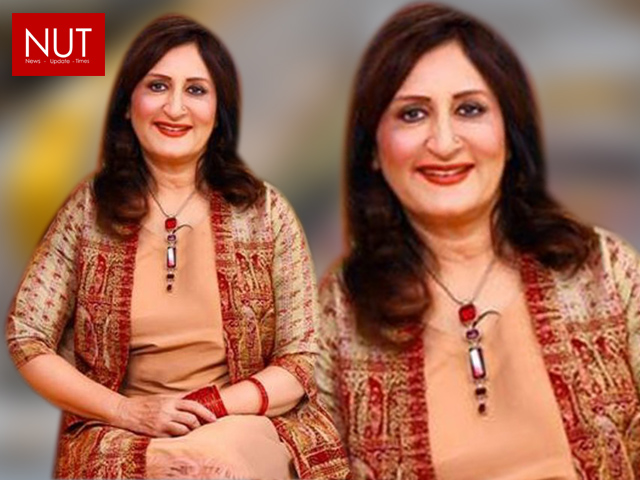 Sumbul Shahid passes away after prolonged fight with COVID-19

Veteran Actress and elder sister of legend Bushra Insari and Asma Abass, Sumbal Shahid breathed her last in Lahore previous evening. She was battling with corona virus from past many days and was on a ventilator at a private hospital in Lahore.

Writer Saji Gul shared the news on his social media account, by writing. “Sumbul Apa is no more,” after that leading celebrities start sharing their feelings via social media posts.

Actor Ayesha Omer took to Instagram to share her deep regret at the news. “Sumbul apa was a bundle of light and energy and lit up every space she was in,” she said of the fallen star. “She was like a mother to so many of us.” She took comfort in announcing Shahid is now reunited with her Shiraz, who passed away a few years ago.

Actor Ali Safina was also struck by the loss, he urged people to pray for her journey beyond, and for sabr for the people she left behind.

Singer Junaid Khan also said a prayer for the departed soul. Actor Asad Siddiqui, husband of Shahid’s niece Zara Noor Abbas, called for prayers. Celebrity couple Sadaf Kanwal and Shahroz Sabzwari also took note of her passing, and said prayers in remembrance. Actor Armeena Khan remembered her first project, where she worked with Shahid, saying, “you were such a happy soul.” Condolences continue to pour in from fellow actors and fans alike.

Bushra Ansari and Asma Abbas, siblings of Sumbul Shahid, have requested the fans for their prayers for speedy recovery of their beloved sister in previous days.

Bushar Ansari had posted about Shahid and their mother being sick and asked people to pray for them.

Sumbul Shahid was last seen in the 2020 drama Nand alongside Minal Khan and Shahroz Sabzwari. Her other sister Neelam Ahmed Bashir is a writer.She also starred in dramas such as Malika-e-Aliya, Ishqaaway and Takay Ki Ayegi Baraat but was best known for her work in Golden Girls.