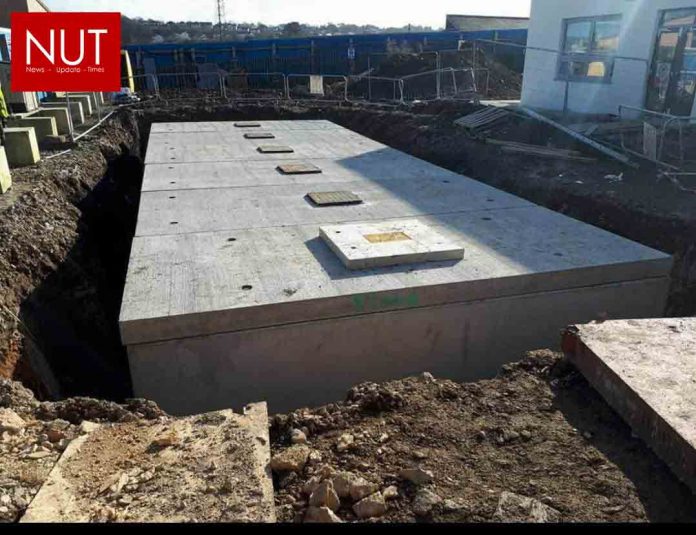 Lahore (Muhammad Yasir) Punjab Central Business District Development Authority (PCBDDA), also known as Central Business District (CBD Punjab), has planned to build a Rainwater Harvesting Tank at Saint Marry Park Lahore. This initiative is a valuable addition to the authority’s existing project of CBD Punjab Boulevard and Kalma Chowk Underpass Remodeling. During a briefing session about the project Executive Director Technical PCBDDA, Mr. Riaz Hussain said, “The existing water storage tank at Kalma Chowk Underpass, is insufficient for catering an additional estimated 14 cusec rainwater from the two new barrels. The authority has planned to build a storage tank with a capacity of storing 300,000 gallons of water at Saint Marry Park, Lahore. This water will be filtered and reused in various ways, especially for irrigation of parks and horticulture”. He further added that the rainwater storage tank will have a huge positive impact on the environment as it will control water wastage, soil erosion, water pollution and will reduce inherent flooding issues. The water storage tank will give an adequate supply of water in case of any emergency and will be a major source of regaining groundwater level. CBD Punjab has already acquired the NOC for the construction of the water storage tank from the Parks And Horticulture Authority (PHA) Lahore, costing an amount of Rs 30.8 Million. According to the NOC, PHA will build new green belts after the completion of CBD Punjab Boulevard and Kalma Chowk Underpass Remodeling. Rainwater Harvesting Storage Tank follows CBD Punjab’s eco-friendly initiatives as the authority has a progressive strategy to save the environment and make Punjab clean and green.